Does a car need to earn itself classic status? Or can it simply be designed to become a classic by default? Time to look at the BMW Z8 and find some answers.

The BMW Z8 is a phoney. A fake. An imposter. It’s cynically trying to evoke the romance and elegance of an era when motoring was more innocent. That the Z8 is anything but was proven right after its unveiling, when its creators had the cheek to publicly award it the status of an instant classic, which is usually the domain of owners, commentators and enthusiasts. And then there was Bond, of course.

In 1999’s The World Is Not Enough, Pierce Brosnan’s incarnation of Double-Oh-Seven enjoyed the privilege of being equipped with a Bavarian motor for the third time. After the ludicrous choices of the limp Z3 roadster from GoldenEye and the inappropriate 750iL saloon from Tomorrow Never Dies, the Z8 actually came as a relief - finally, Bond was driving a Beemer that didn’t remind one of the product placement nature of his choice of wheels each and every time the car appeared on screen.

It’s just that it wasn’t, actually. The Z8 seen in the movie was a Corvette, in fact  - or, rather, a number of Corvettes with Z8 bodyshells. For some reason, the Z8 seems to be at war with the concept of authenticity. It’s all about appearances. 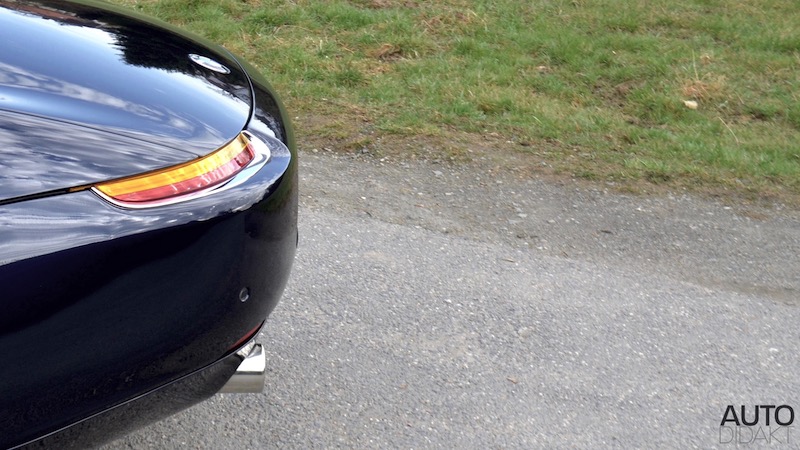 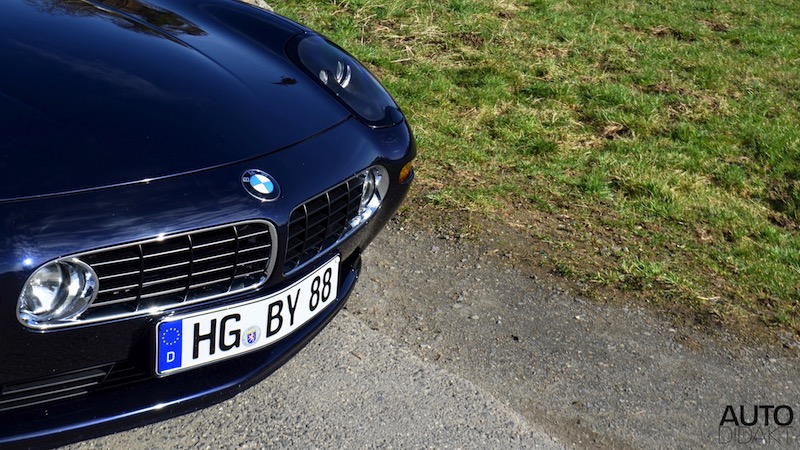 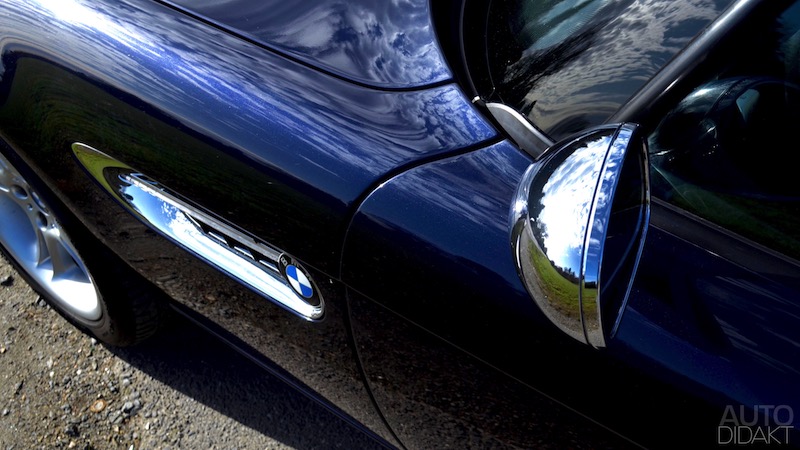 It’s got a BMW M V8 engine underneath its bonnet, but it’s not an M car. It’s shape is supposed to hark back to the BMW 507’s, but the Z8 actually looks more like a modernised Jaguar E-type. And the less said about its credentials as an actual sportscar, the better.

Once BMW unveiled the big Zed’s smaller brother, the ‘flame-surfaced’ Z4, it didn’t merely appear nostalgic, but just plain old. With the original Z4, BMW pushed the stylistic envelope and created a cutting-edge form language, whereas the Z8 mostly relied on stylistic tropes of yore.

Yet no matter how cynical its conception, there’s no getting away from the fact that the Z8 is a very pretty car. Its stance is very similar to a Series III E-type’s (no faint praise, as long as one disregards the earlier iterations of Jaguar’s milestone roadster), which includes a surprisingly upright windshield. And its rear is a sight to behold - like a Series I E-type’s on steroids. Which isn’t a back-handed compliment. 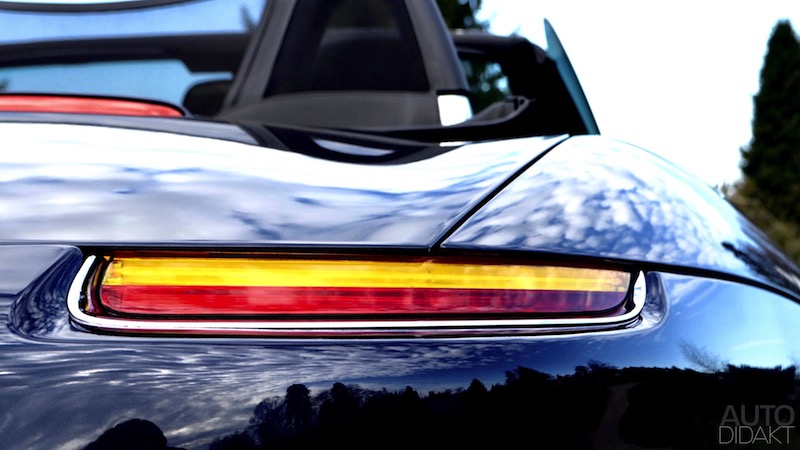 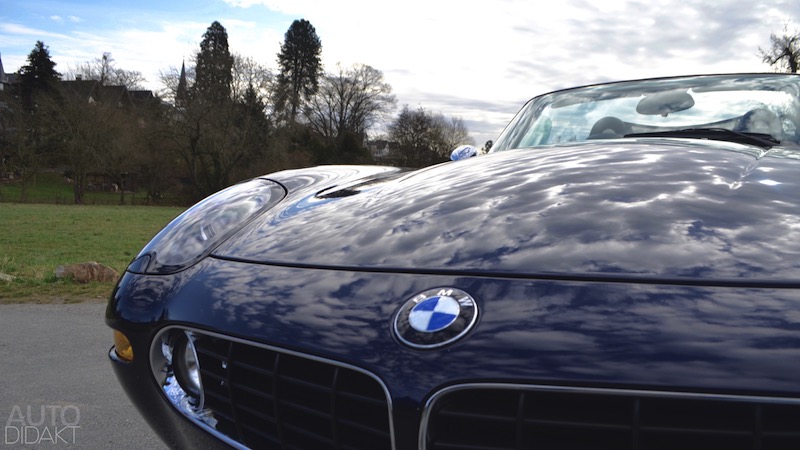 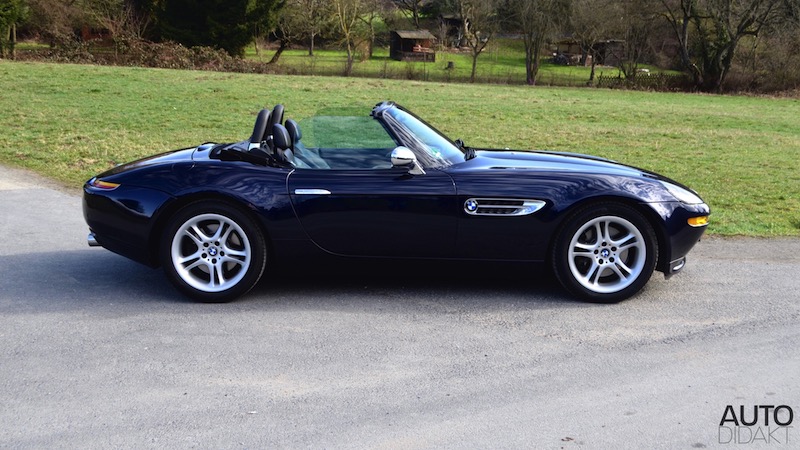 But despite its striking - if derivative - proportions and attention-grabbing concept, the Z8’s strongest suit is its detailing. Hardly a surprise, given eminent BMW product guru, Dr Wolfgang Reitzle, was still in charge of proceedings at FIZ (BMW’s Munich Forschungs- und Innovationszentrum) when the Z8 came into being. What is surprising though is the character of the car. While previous signature Reitzle cars, such as the Eight series coupé or E32 Seven series saloon, where advanced in terms of style too - and ever so slightly clinical, some might argue - the Z8’s flair was intentionally romantic. That, of course, only partially explains the archaic appearance of the opened soft top, sans tonneau. How very un-Reitzle-like.

In quite a few regards, the Z8 was also a car that stood for a company at the crossroads. It was the ultimate BMW to come to market before the all-new E65 Seven series - the one with the Bangle Butt - would shake the marque’s aficionados to the core. The roadster also arrived after a string of very accomplished, but also very evolutionary models, whose styling ethos seemed to have run its course by that point. Thus, just before BMW was about to reinvent itself with the help of its live-wire American design boss, the brand engaged in an exercise of sophisticated stylistic navel-gazing - the result of which was the Z8.

Maybe this retrospective approach in some way freed the designers in charge. As they weren’t compelled to come up with any broad, creative strokes, they could instead focus on the execution of the little things, which they did with some aplomb.

The Z8’s exterior designer was none other than Henrik Fisker, then at the start of a career that would eventually make him both famous and infamous. He shaped the Z8 in restrained fashion toy utterly relying on the car’s assured proportions - which proved that less really is more on certain occasions. 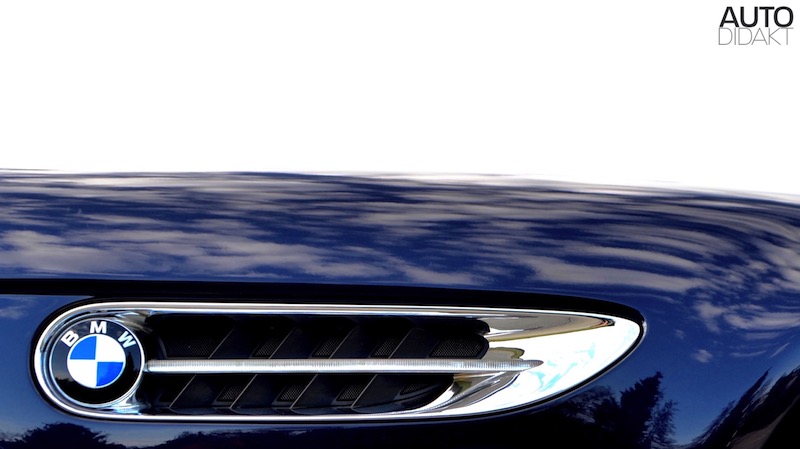 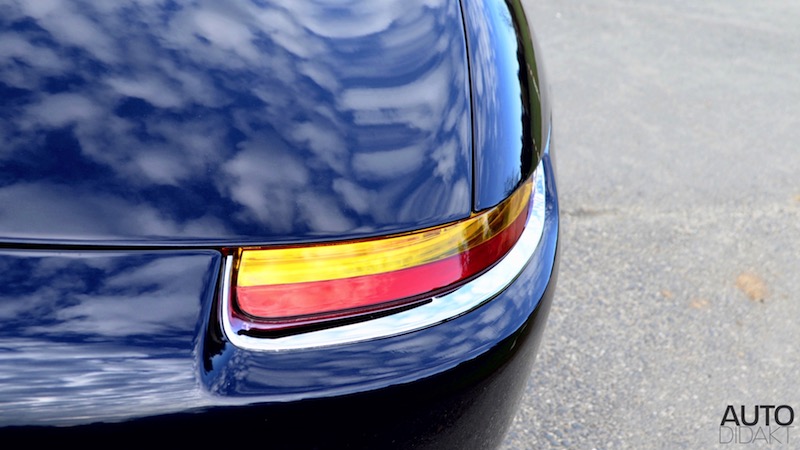 The Z8’s frontal aspect actually is a bit convoluted, but its profile is deliciously uncluttered, apart from that (fake) side air vent, which featured ‘hidden’ trick indicators (yet another idea that was executed in more modernist way with the Z4). As Fisker wasn’t obliged to use a pre-existing platform, he was free to model the Z8 as he pleased. That certainly had an effect on the rear, which, as has already been explained, is a spotless piece of sculpture and minimalist detailing and can boast the Z8’s one true innovation: neon rear lights. The slivers of chrome surrounding these are applied in a sublime way and are therefore not nearly as visually intrusive as the similarly chromed side vents. The resultant rear aspect may very well be the best piece of work Fisker has ever delivered.

One of the Z8’s biggest delights is actually of the tactile kind: its door handles have the feel of items that have been milled from a solid piece of metal. Together with the (Z3-sourced) chromed wing mirrors, they deliver an almost excessive amount of brightwork glamour that borders on overkill, but doesn’t overstep the mark.

Most of the controls inside the roadster’s cabin are also rather pleasingly executed. None of the visible buttons and stalks are shared with any other BMW product (only the sat-nav hidden underneath a lid is obviously shared with lesser Beemers). All those controls feature levels of perceived quality that haven’t even been remotely matched by any BMW since - could this finally be the Reitzle touch shining through?

All the materials used inside the Z8 are obviously top-notch, with their styling - albeit treacle-sweet in its retro-appeal - keeping up. The numerous impractical body-coloured elements add genuine excitement and a pleasing contrast to the cabin’s prevalent frosted aluminium and leather components. Even the leather’s ubiquitous stitching is of high quality, both in terms of its application and craftsmanship. 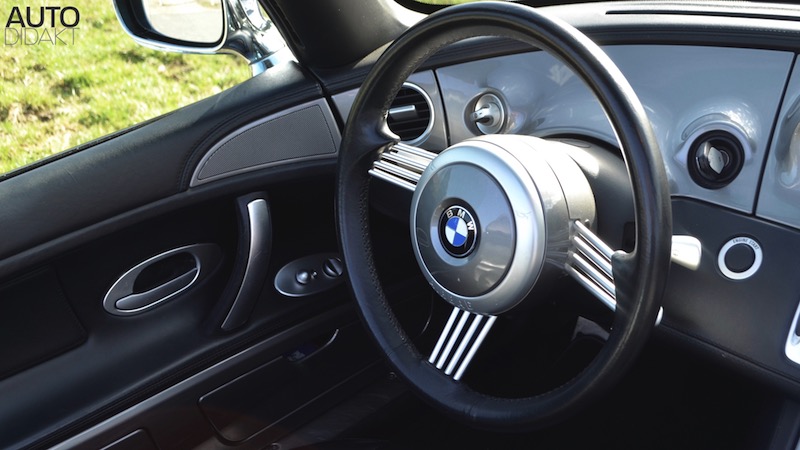 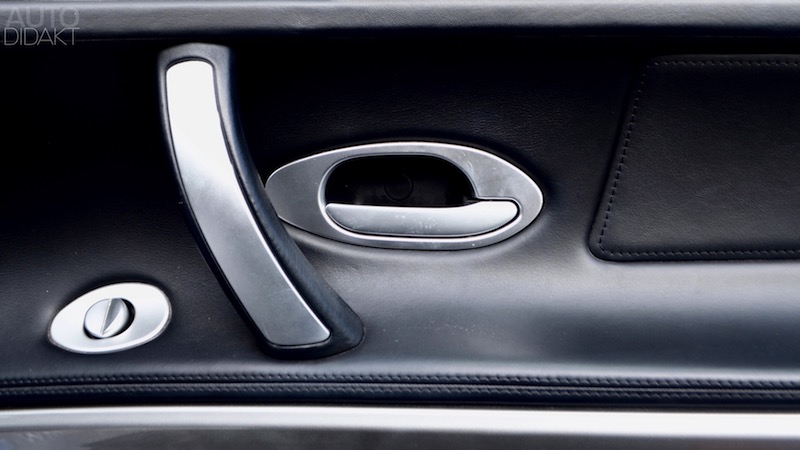 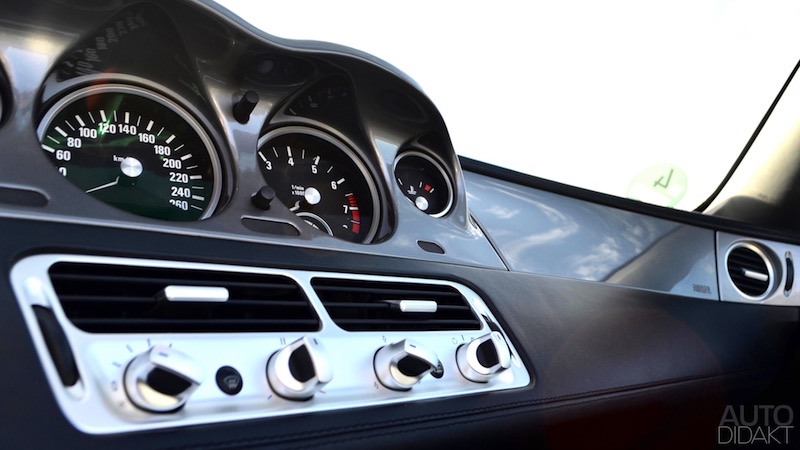 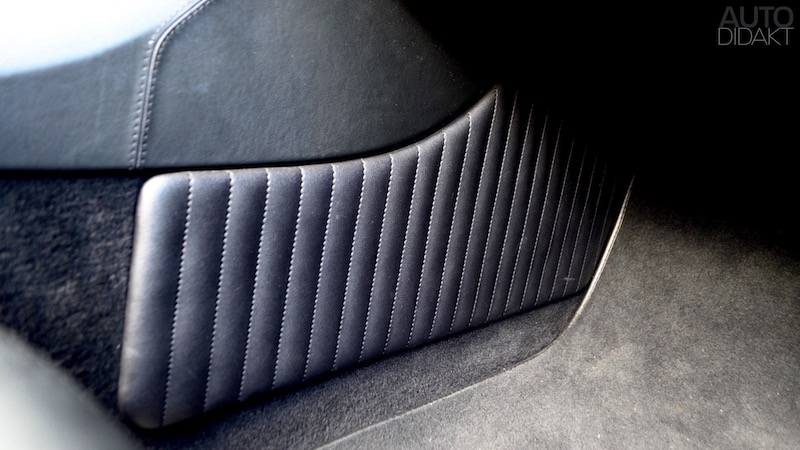 Despite its obvious merits, the Z8 is a difficult car to love wholeheartedly. Its - unintended - lack of actual sales success certainly adds to its classic appeal, but it just cannot shake off its calculated genesis. It is only when one sees it as a purely aesthetic effort - free from its origins and regardless of how its concept exploits misty-eyed ideas of past motoring - that the Z8 can truly establish a stylistic quality of its own.