Despite being groundbreaking in numerous respects, the NSU Ro80 remains an elusive entity among automotive classics.

How each culture treats its own pioneers is very telling. The French term for those daring to go ahead, heading for the unknown, has been so authoritative that it’s become an international term that transcends languages: avant-garde.

The British have had their vanguards, too, but the old-fashioned sound of that term illustrates that its significance isn’t remotely as substantial as its French equivalent’s. And as for the Germans: well, there’s the Vorhut, but that word is only ever mentioned in either a historical military context, or mistaken for the name of a tender part of the nether regions of the male body.

Germany, the German culture, simply doesn’t reward daring properly, which is why the term Avantgarde has been widely adopted, as though it describes a solely foreign concept. 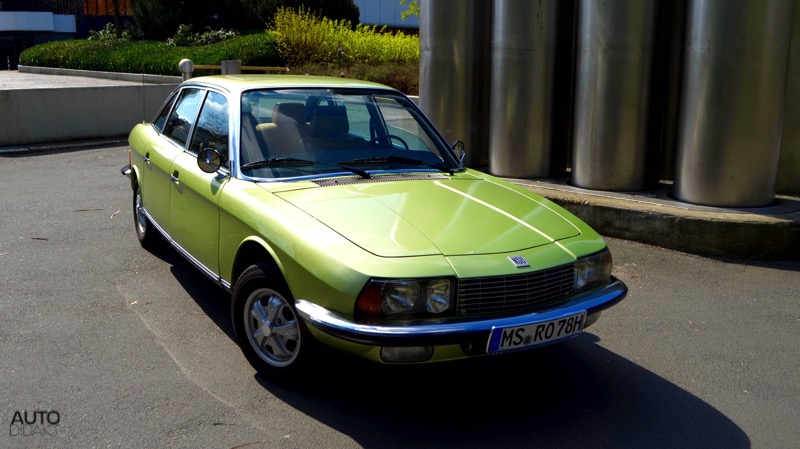 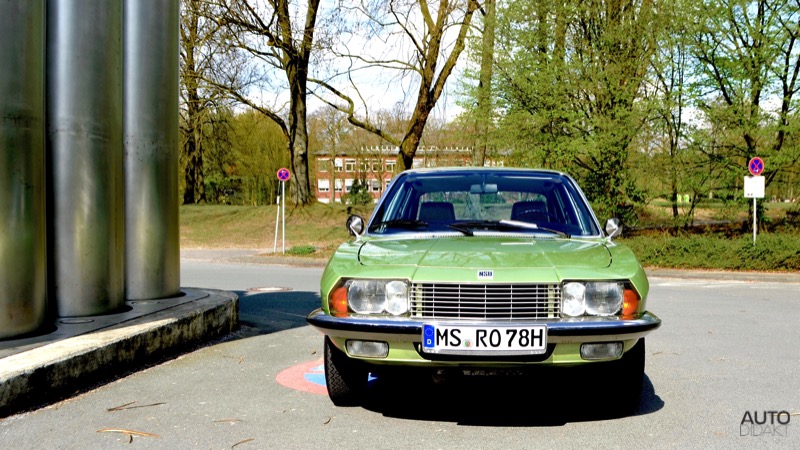 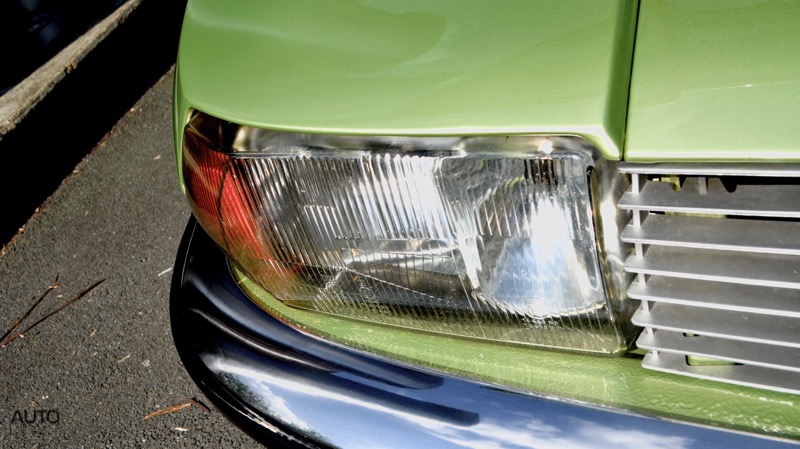 But it isn’t, and there’s proof for this even in the automotive realm. While the French have their Déèsse to worship and the British can toast to their vanguard Rover P6, the Germans have the NSU Ro80 to boast about. At least theoretically.

Unfortunately, the Ro80’s fate serves to affirm the argument about the German preference for the values of solidity and thoroughness over boldness all over again. Unlike its fellow European fellows, the futuristic NSU remains defined of by its failures and shortcomings, rather than its achievements. Whereas the Rover is rightfully lauded as a symbol of British post-war ingenuity and the Citroën enjoys the status of no less than a cultural icon, the NSU remains relegated to the fringes of public perception.

Among this trinity of ‘intellectual cars’, the Ro80 could hardly be considered the poor relation. Its styling is of the prerequisite futuristic kind and expert in its execution. Moreover, the NSU’s advanced engineering was missing the crucial compromised element. So while André Lefèbvre’s deity had to make do with an old-fashioned engine that seemed to belong to an altogether different world than the rest of the car, the NSU’s advanced nature included its power unit. 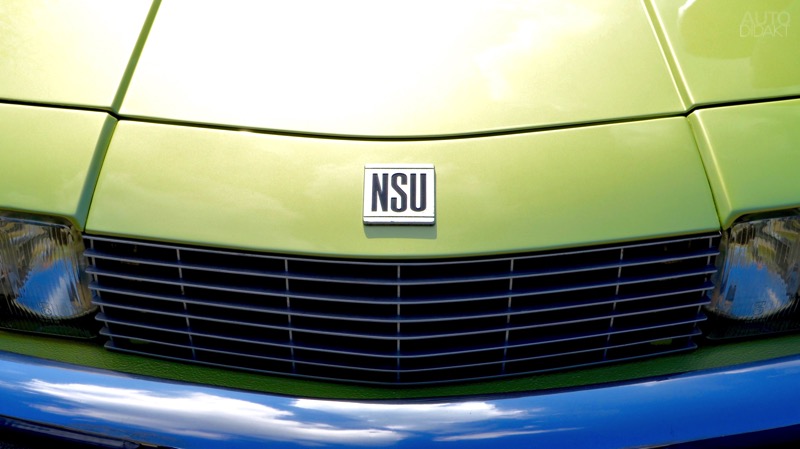 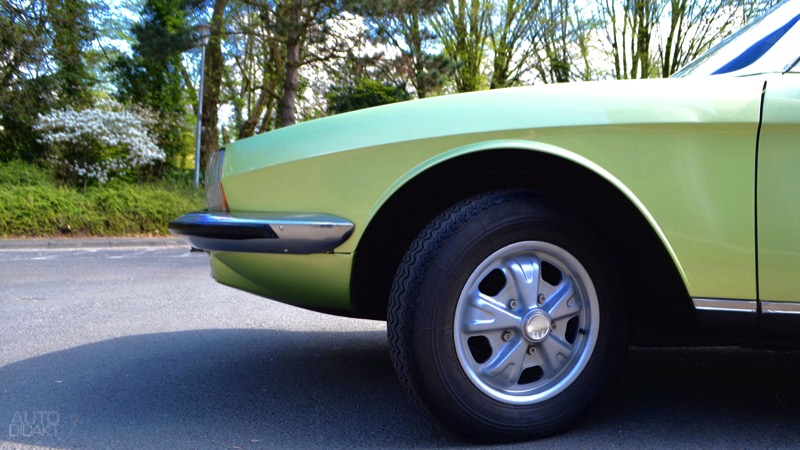 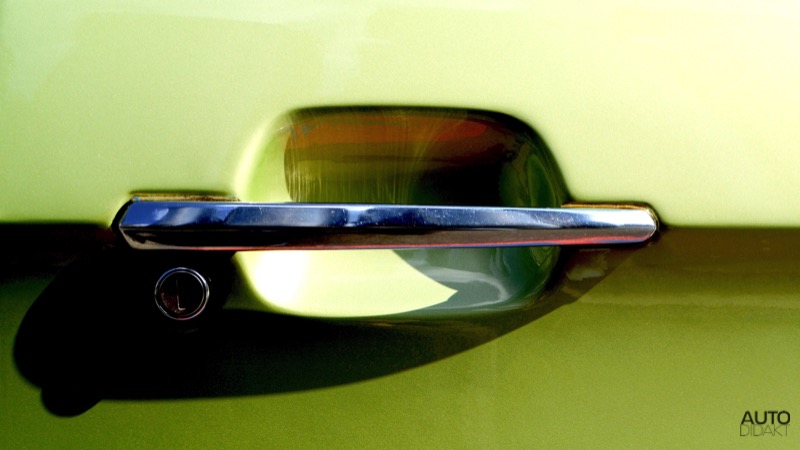 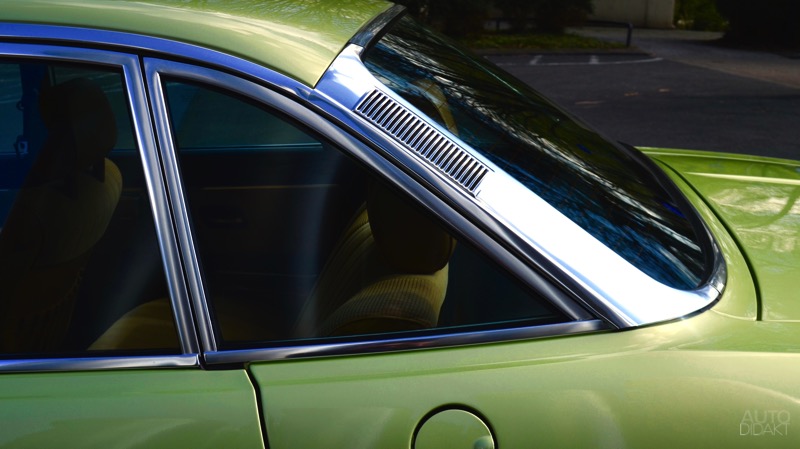 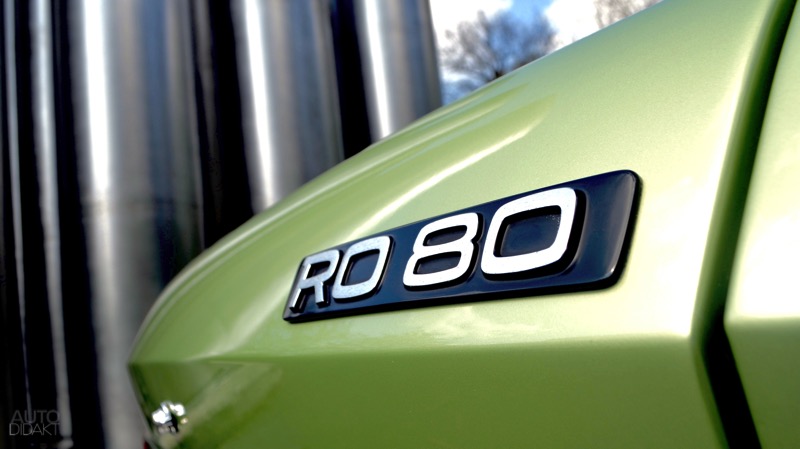 Ironically, it is this very engine, a rotary piston unit based on the designs of German engineer, Felix Wankel, that went that critical brave step too far. Once it had developed a reputation for unreliability (which wasn’t unjustified, but certainly exaggerated by operating errors, courtesy of both owners and mechanics), the Ro80 stood no chance of joining the ranks of unequivocally loved monuments of German creative prowess.

As a car that isn’t working properly isn’t a proper car at all, the Ro80 would forever remain more infamous than famous within the borders of its Vaterland - with one caveat being reserved for its styling, however.

At a time when German car design was still clinging to twee post-war aesthetics, it was up to either French or Italian stylists to come up with a modern aesthetic idiom. Frenchman, Paul Bracq, was therefore tasked with leaving the chintzy tail fins behind on behalf of Mercedes-Benz, while Italian freelancer, Giovanni Michelotti, was put in charge of exorcising the demons of baroque inconsistency at BMW. However, the exception to this rule was a German by the name of Claus Luthe, who was head of styling at NSU Motorenwerke.

A devout catholic from North Rhine-Westfalia, Luthe didn’t strike one as a dervish like Citroën DS designer, Flaminio Bertoni, or even as flamboyant a character as his counterpart at Rover, David Bache. But Luthe, in his own, calm way, was just as exceptional a stylist, and would deliver one of the pillars or modern automotive styling with his masterpiece, the Ro80.

Within the bounds of that most conservative of automotive formats (the saloon) Luthe - just like Bertoni and Bache before him - rewrote the rulebook of car design. Certain elements of its appearance were still in keeping with the thinking of its time, such as the tall greenhouse and the abundance of chrome accents. But the rest of it was genuinely original.

Thanks to that compact Wankel engine underneath its bonnet, the Ro80 could boast a flat front end, which Luthe exploited to create a soft wedge look for the car’s lower body. Unlike the radical wedges created at the Italian styling studios at the same time, Luthe went for a flowing interpretation if this shape, which not only created an aerodynamically sound body, but resulted in a form language that hasn’t really aged at all. With only minor amendments, the Ro80’s flanks and front wings would be deemed just as modern on a car in 2017 as they appeared futuristic in 1967. The side creases’ subtle breakups underneath the third side window prevent the Ro80’s surfaces from appearing limp; this kind of delicate styling certainly is a lesson today’s stylists should better learn.

The NSU’s front lamp and grille arrangement is equally advanced. That it conveys its cutting-edge quality without any kind of aggression acts as yet another poignant illustration of the differing interpretations of modernity in the late 1960s and today. The Ro80 is about progress without suppression. In that sense, it could almost be called naïve, if it wasn’t so obviously intelligent.

By far the weakest aspect of the Ro80’s exterior styling is its rear aspect, whose form literally follows function. Off-the-shelf rear lights and the inevitable bulk those aerodynamic proportions entail certainly don’t make for the sleekest of endings, but such can be the price of substance - a lower boot would have been the more attractive, but less sensible solution. But in this regard, Luthe’s design proves to be Germanic in the best sense of the word.

Once one has made it past its, incidentally very Déèsse-like, running board, the Ro80 utterly betrays its Teutonic roots. The quality of all materials used - metal, vinyl, bakelite and even velours - is tangible, but from a stylistic angle, the Ro’s cabin slightly disappoints. In terms of its ergonomics, it is actually difficult to fault, and its dashboard - literally a board with circular air vents and rounded-off corners at each end - possesses some minimalist flair (apart from its duotone vinyl cover). It’s just somewhat sobering that the only indication of the car’s advanced design is the lack of a clutch pedal. All these factors considered, the Ro80’s cabin appears to be a good decade older than the rest of the car. 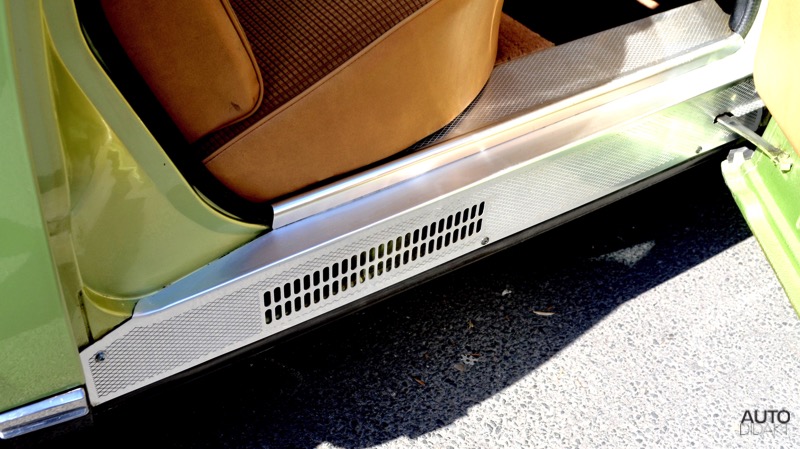 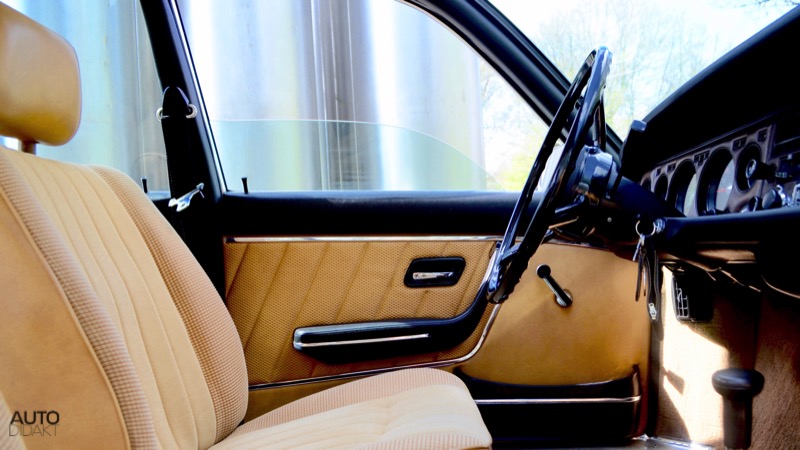 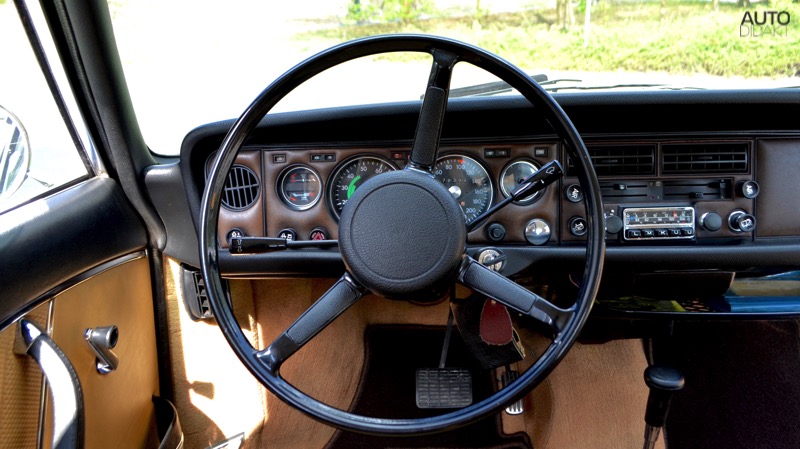 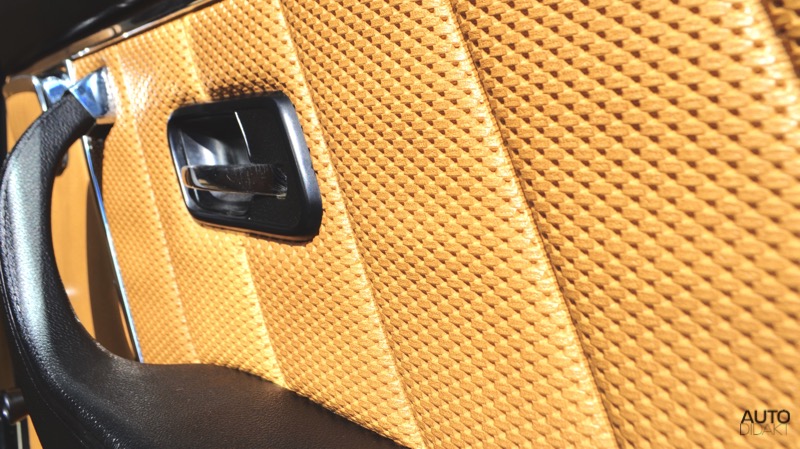 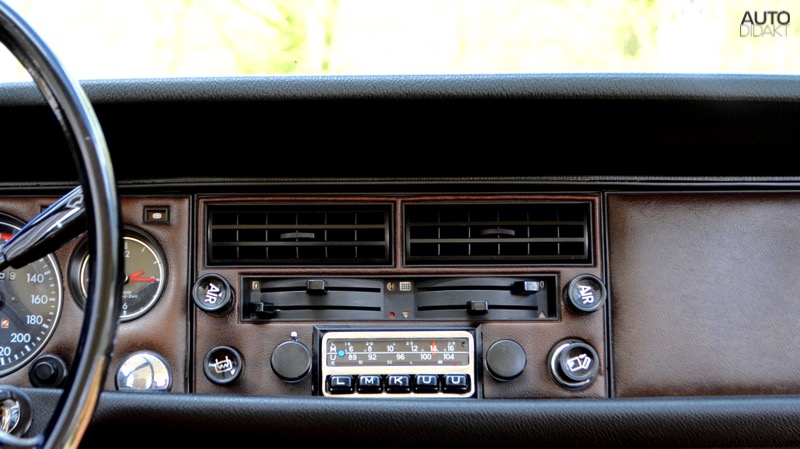 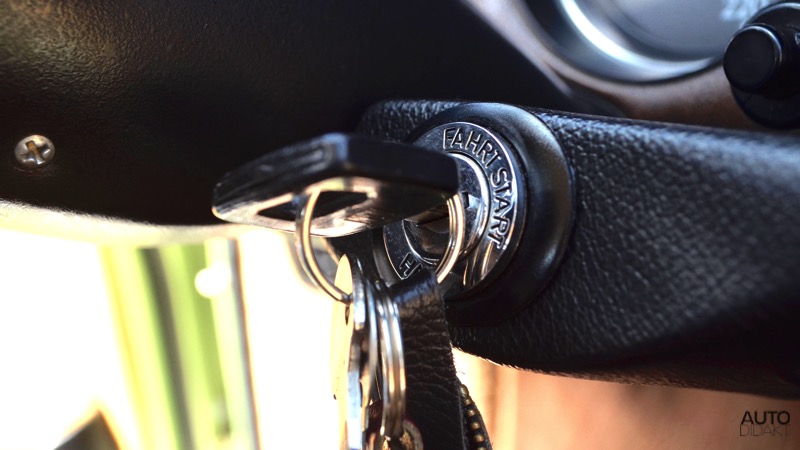 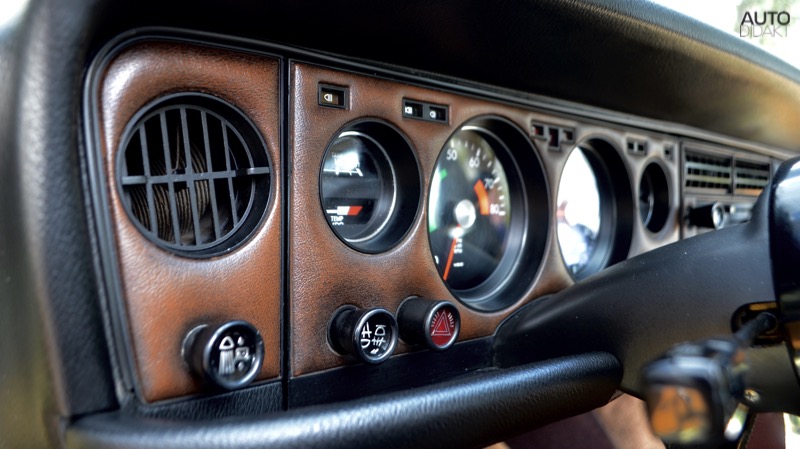 But maybe that was what NSU believed it owed to its customers. After all, the Ro80 comes across as an unbranded product. Even with the unremarkable NSU badge on its bonnet, it stands for itself. And after the petty bourgeois range of Prinz models, the Ro80 couldn’t have been more shocking or more pronounced a break with what brand NSU had hitherto been associated with, anyway. In a parallel universe, the Ro80 would’ve set the template for the form language of an expanding NSU range, but that obviously wasn’t to be. Still, the Volkswagen K70 - a project VAG had ‘inherited’ with the takeover if NSU - at least allows a glimpse of how the Ro80’s form language would have evolved across the NSU brand, not to mention the fact that some of NSU’s design competence was absorbed by re-emerging Audi. This nonetheless doesn’t change the fact that the Ro80 remained a solitaire, which doesn’t aide its cause.

During the ten years the NSU Ro80 was in production, West Germany had undergone significant changes. The staid post-war years had finally ended, a social democrat (and former resistance fighter) had not only become elected chancellor, but was even awarded the Nobel peace prize. Meanwhile, the first generation of West Germans born after the war had started to ask their parents uneasy questions about what they’d done before 1945, with some of particularly disenchanted youngsters even going to war against the Bundesrepublik they believed to be just another incarnation of fascist Germany. Then there was the oil crisis, the Club of Rome - in short: all sorts of signifiers that the boundless advancement of the post-war years wouldn’t be sustained. But there was also the opening of Tantris, the first German restaurant to serve nouvelle cuisine to privileged guests that previously had to drive across the border to France if they lusted after more sophisticated Lucullan delights than Schnitzel or Schlachtplatte.

West Germany had become much more diverse during those exciting, disturbing years. But like the Kalbsbries Rumohr served at Tantris or the intellectual food for thought found in Theodor Adorno’s Minima Moralia, the new ways remained the preserve of a minority.

With less than 80.000 cars sold over ten years, the NSU Ro80 remains equally exclusive. But rarity in itself cannot be the reason for its relative obscurity among German automotive icons. After all, the Porsche 911, arguably the country’s most celebrated vehicle, was never even remotely a mass-market offering. But its well-honed, evolutionary origins suit as risk-averse a society as the Germans better than the somewhat reckless creativity the Ro80 embodies. To the scions of Schinkel, Gropius and Scharoun, there simply is nothing noble about failure.

The Vorhut is mere canon fodder. Its main purpose is to make those mistakes that can be learned from. Punkt.

Despite being of the Mercedes Benz Uber Alles mindset at the time (indoctrinated at a very early age, severely tested by the W140 and W210) I loved these after first reading an old Motor road test from the 70s. Apart from the superb styling, the appeal also lay in the rotary engine, as my first two cars were very used Mazda RX2s (in New Zealand back then, any remotely serviceable used M-B being way beyond a service station attendant's income).

I got to see one or two Ro80s in the flesh during the 80s and 90s while still living in New Zealand, still looking fresh.

Ro80s in New Zealand? Now isn't that something.

Thanks for stopping by, Adrian!