As the final grande berline, the Citroën C6 bookmarked the end of a proud, storied, but ultimately inadequately appreciated French tradition.

The French relationship with the automobile is different from that of their immediate car-manufacturing neighbours’. Germans worship their Autos, whereas Italians either put their macchine on a pedestal - right alongside their holiest of saints -, or abuse them without any trace of remorse. Yet to the French, an automobile is just some useful appliance. If it happens to be a charismatic one, than so be it - but even the status of bonafide national treasure, as enjoyed by Renault’s Dauphine or Citroën’s deux chevaux and déesse models, wouldn’t be good enough a reason for a French car owner to invest more in his voiture’s engine oil than in a canister of high quality huile d’olive for a regular evening’s meal.

Food matters, also in social terms. Food acts as a signifier of distinction. Well-off Frenchmen and -women don’t mind spending more than €100 on a single dish at one of the many lavish Michelin-starred restaurants in Paris and elsewhere. To them, it’s just as logical an investment in their quality of life as that canister of synthetic engine oil is to Heinrich Müller from Kassel.

One of these lavish temples des gourmets is Maison Pic at Valence. Opened in 1889, Maison Pic - currently awarded three Michelin stars and still run by the Pic family - has experienced two world wars and even more gastronomical trends come and go, but has nonetheless managed to remain among the best addresses in the country for decades. Today, it’s even run by a woman, Anne-Sophie Pic, and offers a cuisine that’s still as relevant as they come. It is also still eye-wateringly expensive, but that hasn’t and doesn’t keep its clientele from coming back time and again. Food of this quality will always be appreciated in France. 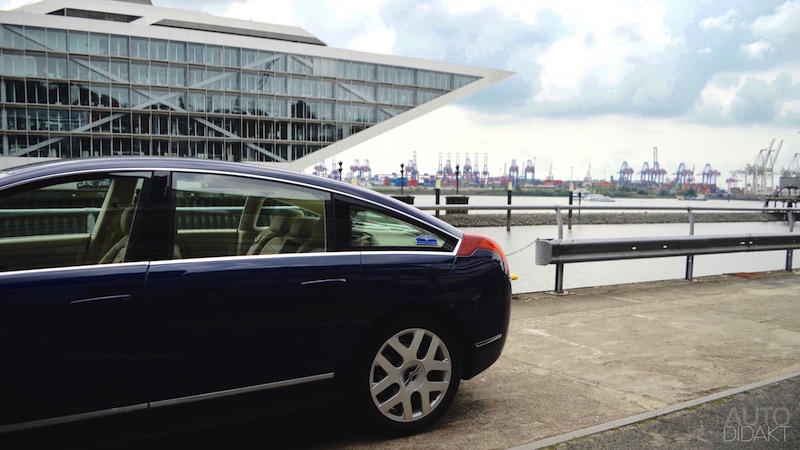 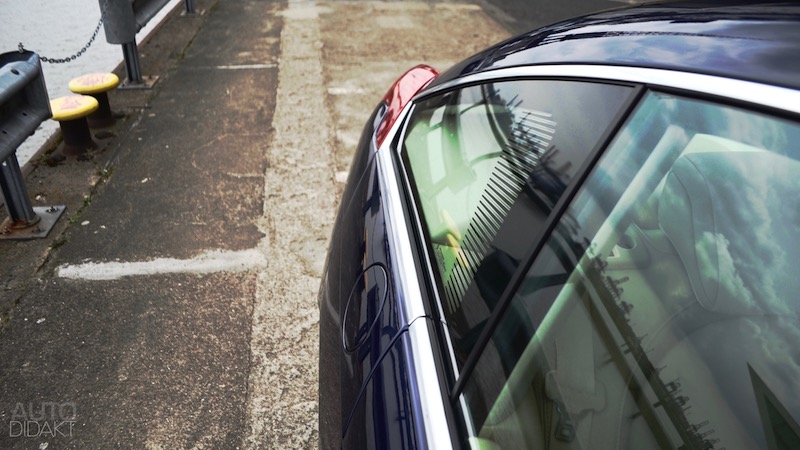 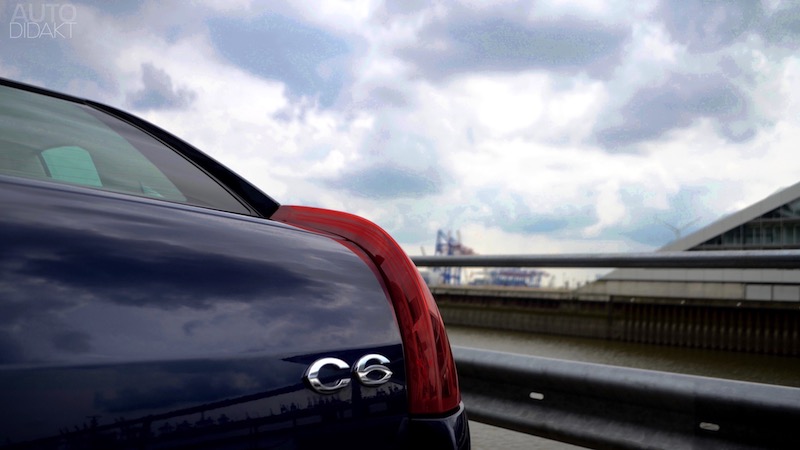 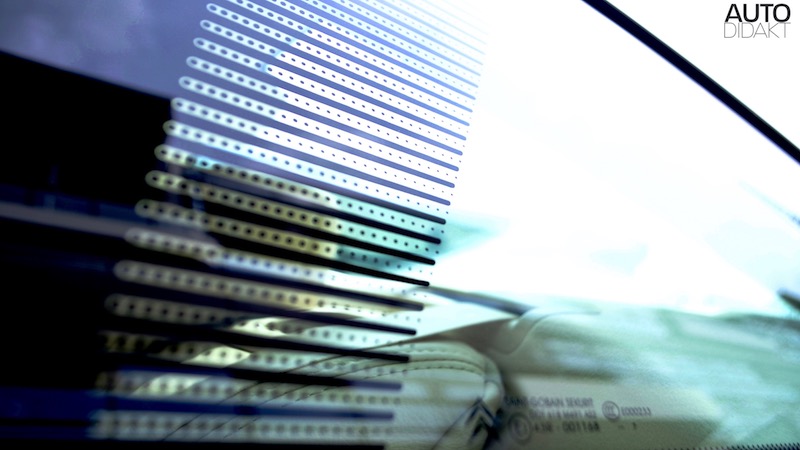 In terms of high-end food and gastronomy, the French go with the times and still set the standards, even if Spain or Denmark may be more hip in culinary terms (for a few years at least).

Yet when it comes to high-end automobiles, the French have historically had much less of a grasp of what constitutes luxury.

It is obvious that automotive luxury is a concept that’s hard to reconcile with French attitudes and traditions. As a society, France may be much less about égalité than a fair few other countries, but ostentatious motoring certainly isn’t engrained in her culture, as the passing of the country’s dedicated luxury car makers has proven. Food, drink, clothing and handbags may all be of the decadent, elitist and expensive kind, but motoring remains a domain of social equality - a fact exacerbated by decades of punitive taxes on high performance vehicles.

Under these circumstances, it’s not difficult to see why there never was a French equivalent to (West) Germany’s Mercedes S-class or Britain’s Jaguar XJ luxury saloons. Instead, it was up to Citroën - and, on occasion and to a much lesser degree, Peugeot and Renault - to offer a socially acceptable compromise that delivered all the comfort and capability, just without the abrasiveness.

The resultant grandes berlines were therefore strictly bourgeois creations. Citroën’s DS and CX saloons were creative, inventive, futuristic, rather than stuffy and opulent, and therefore the ideal form of motoring in a country that was about sensual delights of the traditional kind (food, drink, amour) embedded in a progressive economic environment (supersonic aircraft, high speed trains, nuclear power plants). Only when equipped with Pallas or Prestige trim did the large Citroëns betray any traces of traditionalist luxury.

With the CX’s successor, the Bertone-styled XM, Citroën - now owned by Peugeot - even abandoned some of the joyfulness that had hitherto defined the grandes berlines. The XM was more of an adapted take on the European executive saloon than a logical evolution of what had come before it. So when that model ran out of production in 2000, it almost appeared as though the French had finally given up on the concept of the sophisticated saloon with a difference for good.

But a little glimmer of hope was ignited in 1999, when Citroën unveiled the Lignage concept car. Here was a design that put the grandeur back into the double-chevroned saloon. Here was a large car that was unmistakably Citroën.

The trouble was that it would take six long years before the Lignage would arrive on European roads as the C6. In the meantime, it had lost some of the concept’s more delicate aspects - particularly at the front and rear, where slim, single-chevron-shaped, Lalique-inspired light units gave way for considerably more substantial, art déco-infused design. Equally lost, it can be assumed, were quite a few former XM owners, who had since found solace with the competition. But despite this, the grande berline, the grande Citroën was finally back.

Penned by Briton, Marc Pinson, the C6’s silhouette is nothing short of a triumph. Inspired by flying objects and the aerodynamic flair of Citroëns of yore, Pinson bestowed the Lignage/C6 with the unmistakable long front overhang/short rear overhang stance that had defined all its predecessors, and combined it with an arched roof that harked back to the CX without appearing whimsical in the least. The intention to add tension through the curved rear may not have led to an entirely satisfying end result - blame it on those chunky lights and bumpers -, but that doesn’t deter from the satisfyingly unique overall appearance.

This impression of elegance is both underlined and thwarted by the detailing. Whereas the Lignage was developed under chief designer, Art Blakeslee, turning the concept into a production car was the responsibility of Jean-Pierre Ploué, who had joined Citroën in 2000 after a successful career at Renault, where he’d been in charge of the original Twingo. This change may also explain why the more organic aspects of the Lignage’s form language - which were about the only component in keeping with the rest of Blakeslee’s output - were abandoned in favour of the faintly art déco detailing that became such a significant factor in the C6’s appearance.

Obviously, the Lignage’s coach doors were not production feasible, but the C6’s frameless windows are a subtle, yet effective substitution. With passenger doors open, the last grande Citroën certainly possesses the graceful grandeur that is prerequisite for a convincing French luxury offering. It’s a bit of shame the last head of the French Fifth Republic that was able to arrive and depart in such style was Nicolas Sarkozy, a man in possession of all the class of a Citroën Berlingo with aftermarket fake leather covers on its seats and chromed rims on its wheels.

Apart from the aforementioned lights and bumpers, the changes from Lignage to C6 are actually most apparent on the inside. There, the Lignage’s slightly organic, remotely steampunk-esque and very late ‘90s interior (which included a bonsai tree) is replaced with a considerably more sober design that does its best to combine nouveau art déco flair with stock PSA components in a satisfying manner. The end result is no tour de force like an early CX’s plastic playground from the future, but pleasant enough, despite the somewhat ham-fisted dashboard layout - which is almost forgotten once one lays eyes onto the delightful surprise & delight lids hiding the door pockets. If the C6’s entire cabin was as elegant and inventive as these, the Citroën could lay to having one of the most inspiring executive car cabins of its era - which, truth be told, is what a car that was designed around the passenger just as much as the driver ought to strive for.

The lids on the door are the biggest highlight inside the C6’s cabin. The rest constitutes pleasant enough an ambience - mostly due to the the sense of airiness the large windows and slender pillars afford. But the magnificent creativity of an early CX’s or DS’ cabin is conspicuous by its absence. Instead, wood panels are fitted. Wood - the ultimate in terms of conservative interior design orthodoxy. Fine for a Mercedes, prerequisite for a Jaguar or Rolls-Royce - but in a Citroën? 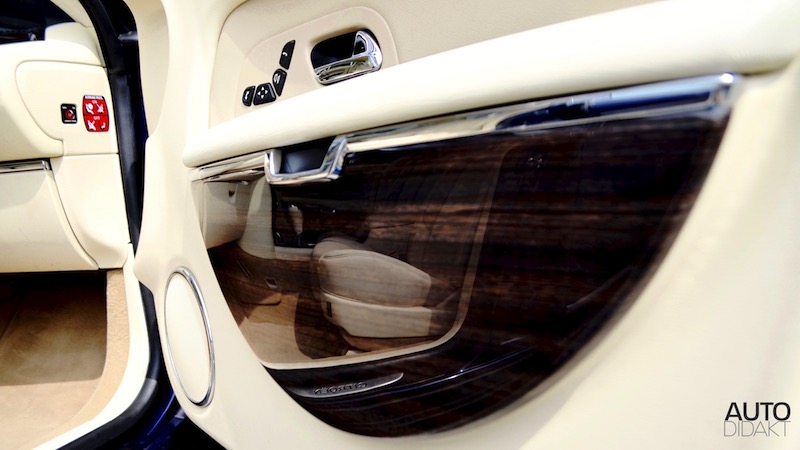 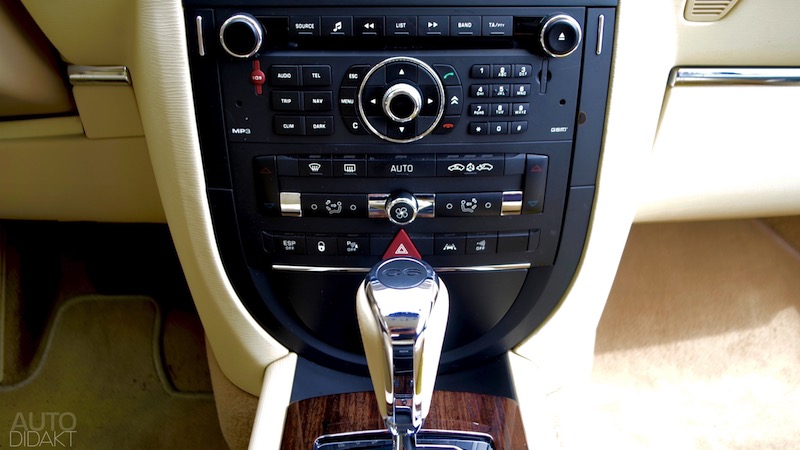 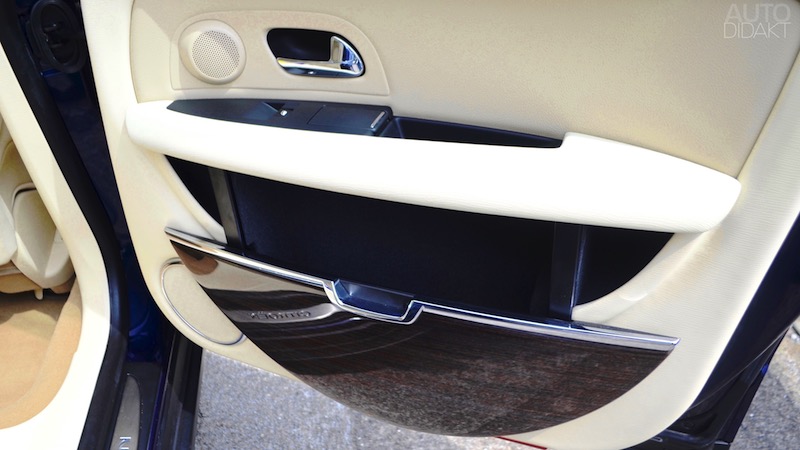 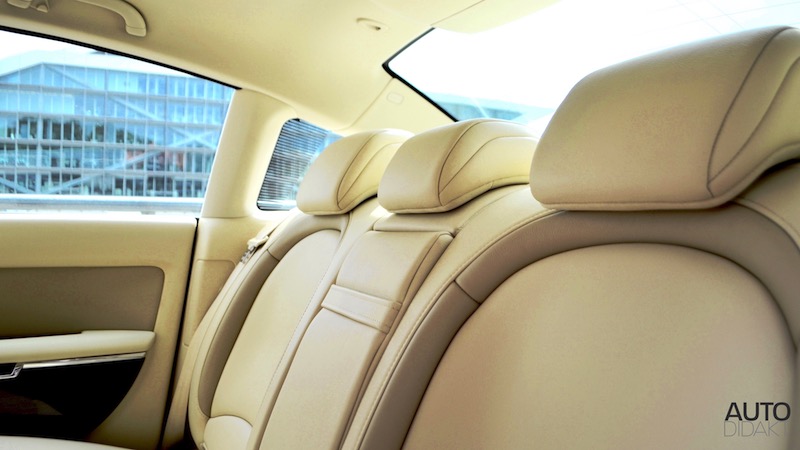 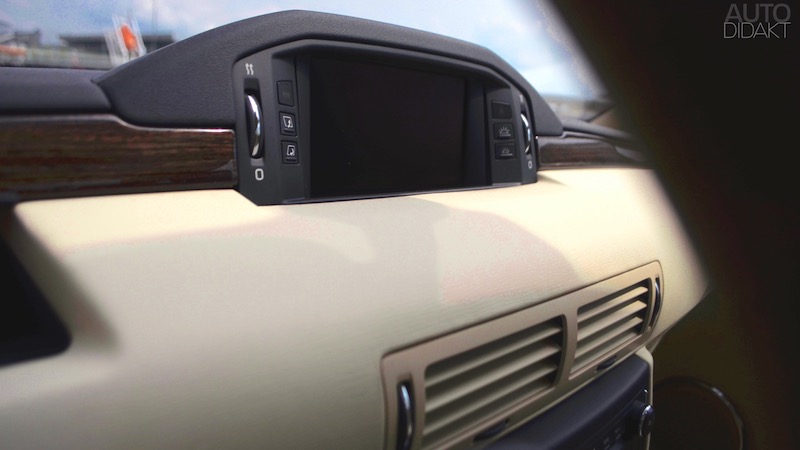 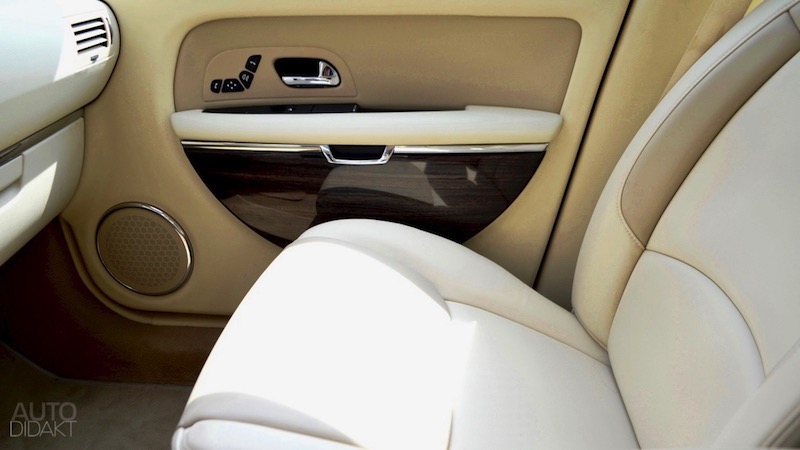 Despite these criticisms, it must be said that the C6 was far from a wasted opportunity. It’s failure in the marketplace had as much to do with changing tastes as with ill-advised marketing, not to mention the loss of regular Citroën customers.

The C6 arrived at a time when Chris Bangle at BMW and Patrick Le Quément at Renault were bringing about the most significant changes of an entire era. In this context, the grande Citroën did not appear particularly edgy, but like another, rather conservative stab at a decades-old concept. A unique silhouette, cosseting ride and art déco trimmings certainly wasn’t revolutionary stuff at the start of the millennium (although that may since have changed all over again).

Yet rather than blaming Citroën for being timid, the question must be asked whether the brand was in any shape at all to be all that daring in 2005. BMW’s avant-garde push may very well have killed a brand that wasn’t standing on as rock solid a foundation as the perennially successful Bavarians’. At the same time, Citroën had almost completely lost its pedigree, its raison d’être even.

Maison Pic meanwhile isn’t lacking either pedigree. Its right to exist isn’t even remotely questioned. Instead, dishes such as ‘Drôme squab, lightly smoked and roasted breast, Madagascan vanilla, roasted barley, dented woodruff and Phu Quoc pepper infusion’ can be found on the menu for July 2017. The craft is French, as is the spirit, but the ingredients and presentation are cutting edge. It is this kind of luxury that nobody understands quite like the French.

Anne-Sophie Pic’s Restaurant at Valence is only accepting reservations months in advance.