The Porsche 928 successfully strove for perfection. That it wasn’t properly rewarded says more about the people it was aimed at than the machine itself. 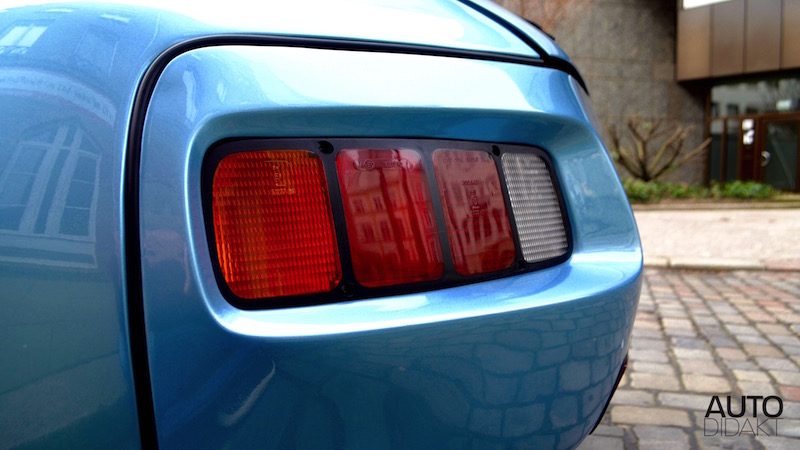 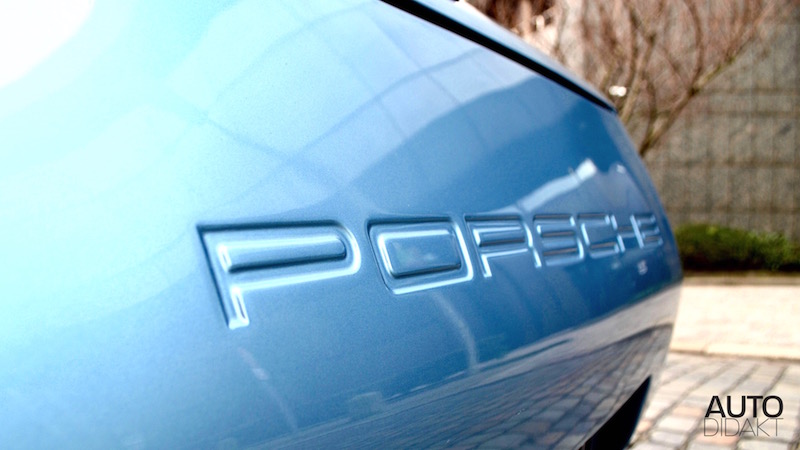 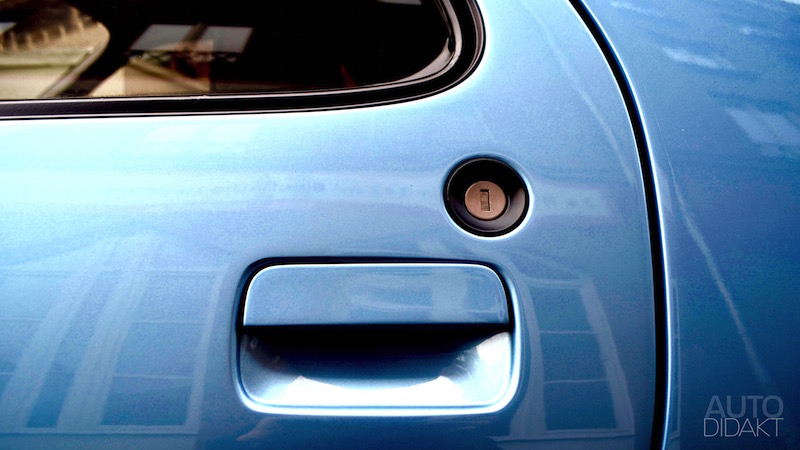 Every car gets the kind of driver it deserves. Porsche’s hallowed 911 had Steve McQueen behind the wheel, whereas its bigger, more expensive, more sophisticated brother, the 928, appealed to a very different kind of customer.

Clinical, cold, sophisticated, elaborate, perfectionist, intellectual - maybe even soulless. This is how the body of work of film director, Stanley Kubrick, is characterised by some. It is also how many view the Porsche 928, which, incidentally, was Kubrick’s personal car for quite some time.

It is easy to see why this motorcar would have appealed to the eccentric director: its power and performance allowed him to be in control of his driving as far as possible (rather than being completely at the mercy of circumstance), while its incredibly modern and consistent styling - or shouldn’t that rather be ‘design’? - is likely to have satisfied even the eye of one of the most discerning aesthetes in cinematic history.

That this car would get the approval of a notorious perfectionist is hardly a surprise when one looks at the people involved in the 928’s creation and the lengths they went to, in order to achieve their aims. Primus inter pares in this instance certainly is Prof Ernst Fuhrmann, a brilliant Austrian engineer, who took over from ‘Ferry’ Porsche as the company’s CEO in 1972. Fuhrmann was the 928’s champion to an extent that certain members of Porsche’s conservative faction dubbed the car the ‘Fuhrmann 928’ (which was, one can only assume, probably intended to mock it). ‘Ferry’ Porsche certainly would’ve preferred a product more in keeping with the layout his father, Ferdinand, had devised with the Beetle, and from which ‘Ferry’ never dared deviate.

As the prospects of the 911, Porsche’s core product, appeared very dim indeed for the 1980s in the wake of the first fuel crisis, and also influenced by the success of the small 924 coupé, it was clear to Fuhrmann and his corps of engineers that a transaxle, front engine/rear wheel drive layout was the way to go. Power would be supplied by an all-new V8 engine, that would instantly receive kudos on the critical US market.

Abandoning the 911 wasn’t as absurd an idea as it may sound today, by the way. Just a few years before the 928 came to market, Jaguar had allowed its beloved E-type to go the way of the Dodo and replaced it with the XJ-S - a Gran Turismo. Thanks to those vehicles’ higher price tags, bigger margins and fewer safety concerns (compared with out-and-out sportscars), most car industry executives would bet their respective farms on sophisticated, rather than unashamedly manly fast automobiles.

Like the engineers, Porsche’s designers also enjoyed an enormous degree of freedom, as they were creating the brand’s new flagship model. Another driving factor behind the 928’s inventive styling was that the team in charge consisted mainly of newcomers. Porsche’s then-chief designer, Anatole ‘Tony’ Lapine, had only recently been headhunted from Opel, which was arguably the European mass-market brand with the most professional and advanced styling department at the time. Lapine took a few fellow Opel stylists along to Stuttgart, most notably Wolfgang Möbius.

Möbius was in charge of both the 928’s exterior and interior (helped by Scotsman Dawson Sellar with the latter), and initially penned the car’s shape very much in keeping with the style of the times - i.e. wegdy and edgy, as established by the Italian carrozzerie. But rather than going with the flow, Lapine eventually set a considerably more daring and, ultimately, timeless course for the Porsche Gran Turismo’s style. The resulting round shapes of the 928 meant that it wasn’t a universally loved design during an era when the shapes of folded paper were still very much du jour, but time has proven it to be a lasting one.

Apart from two subtle folds on the front wing’s edges, the 928 does completely without any grooves or sharp creases on its body. Said wings are made of aluminium, grooved and made in one piece - an almost decadent statement of quality during the cash-strapped 1970s.

The 928’s overall appearance is therefore slick and - especially in its original, spoiler and rubbing strip-free form - even a bit bulbous from some angles, yet far from anodyne, either. This slight bulbousness of the Landshark actually lends it some similarity with the AMC Pacer, which came to market two years before the 928 was unveiled at the Geneva Motorshow.

Thankfully, production versions of it were never available with the chrome DLO surround the red car used for its unveiling was equipped with. As archaic and old-fashioned a material as chrome would certainly have been completely at odds with the clinical nature of this particular Porsche.

The only elements actually dating its appearance are the light graphics, wheel dimensions and panel gaps. And, perhaps most notably, the rear mirrors, which early 928 shared with the 911 G-series, 924 and 944. This slightly archaic detail was only changed for the latest of 928s, which did benefit from a more rounded rear mirror design.

If the fact that a design to which nothing should be added or taken away from is a sign of perfection, than the words of Tony Lapine upon the 928’s market introduction are lent additional relevance: ‘Spoilers and wheel flares just show that the engine and suspension exceed the shape.’ Which is why early 928 incorporated neither.

Any car as rigorously designed as the 928 obviously deserves a cabin that’s as advanced as its exterior suggests. So, while the cocoon cockpit layout and psychedelic Pascha style fabric option are unquestionably pleasant solutions to Gran Turismo requirements of the 1970s, it actually was the 928’s sublime ergonomics that impressed the most. 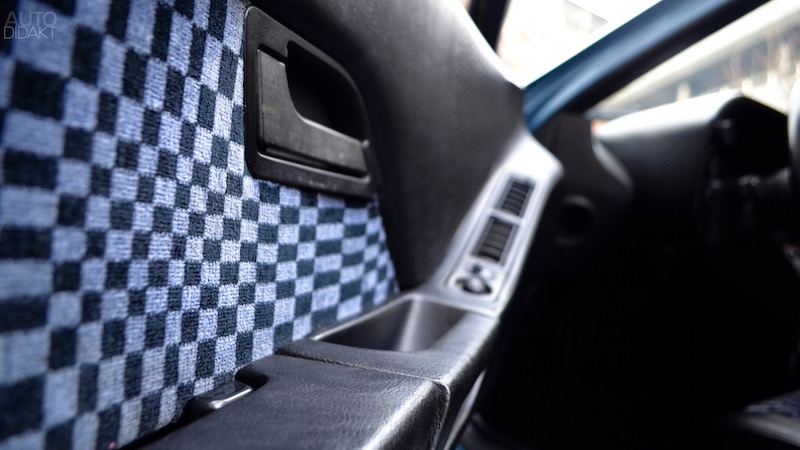 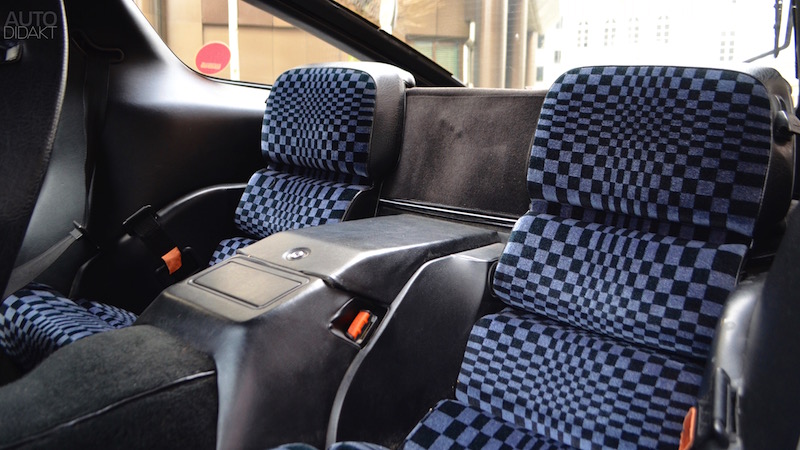 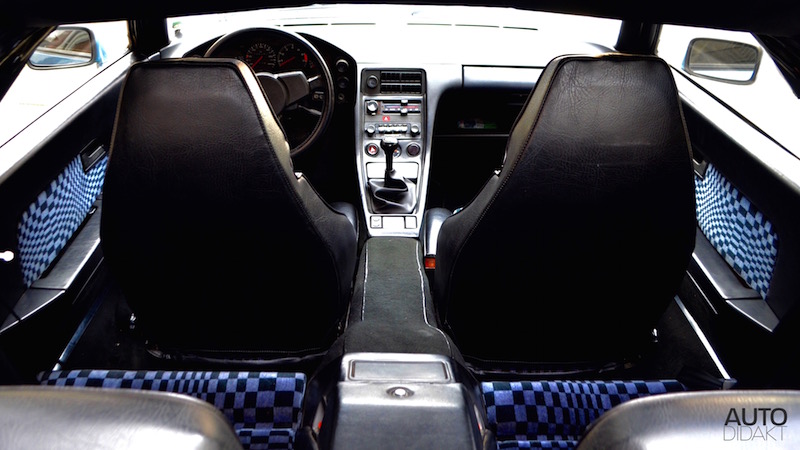 An instrument pack that tilts with the steering wheel is the Porsche’s showpiece, but almost as impressive is the well-conceived placement and operation of all controls. The shallow, angled-to-the-driver dashboard thus isn’t easy to operate only, but also affords a supreme spatial impression. Solid in its appearance, yet intricate in its execution, the 928’s cabin is as modern for its time as it is utterly consistent, both in terms of its concept and detailing. But, like most avant garde cockpits of the late 1970s, production techniques weren’t quite up to what Möbius and Sellar had envisaged, as betrayed by the odd uneven, wide panel gap. More disappointingly, the steering wheel of early 928s was a rather clumsy three-spoke design taken straight off the G-series 911. Later versions hence definitely benefitted from a more appropriate double-spoke steering wheel, which was much more in keeping with the rest of the 928’s cabin design.

That the 928 has always been associated with clinical perfection - despite such flaws - only further stresses how fundamentally successful this creation of Fuhrmann, Lapine and Möbius was in its pursuit of advanced sophistication. And its appreciation wasn’t limited to reclusive film directors, as proven by the Porsche being awarded the Car Of The Year award in 1978 - the first and only time a luxury car was recognised in this way.

It is most difficult to fault the 928 on the grounds of reason, which means that its relative lack of appreciation must be due to the sensitivities of customers and enthusiasts. Maybe it is a car for the head and the eyes, rather than for the heart.

If pushed for an analogy, one could do worse than to compare the Porsche 928 with Kubrick’s 2001 - A Space Odyssey: an excessively ambitious, emotionally detached, intellectually testing landmark movie. The 928 indefatigable older, smaller, simpler brother, the 911, is more fun, more archaic and accessible. It is Star Wars.

The 928 was superb, ground-breaking design, especially in its original form, uncorrupted by spoilers or those horrible rubbing strips along the sides. There's a rather neglected looking early example parked in a lane in our town every day. How I would love to save it from such an indignity!

Even though it's among the most revered designs among car designers in general, the 928 still doesn't receive remotely enough recognition by the general public. It's a true landmark design.