Through its stringent design and inimitable ambience, the Renault Espace IV illustrates the loss of more than just aesthetic ideals.

Today, more than ever, space is at a premium. In the world’s wealthiest cities, space has in fact become one of the hardest currencies around.

But as the ‘iceberg homes’ of London - houses with more living space under, than overground, as favoured by so-called 'high net worth’ individuals - illustrate, the concept of space has become utterly detached from what used to lend the term two of its main positive connotations: airiness and openness. Today, rather than light and vistas, safety and seclusion have become the name of the game.

This retrenchment has not just manifested itself in real estate, but the automobile as well. For a latent longing for perceived safety and seclusion is among the main traits that have led to the onslaught of the SUV, a device whose sense of exclusivity is of the literal kind: the rest of the world is kept at bay - or excluded, according the basic meaning of the term. Although physically large devices, this extraordinary size does not translate into an exceptional sense of spatial generosity on most SUVs’ insides (the Range Rover being a notable exception).

Of course, the trajectory of the SUV happens to be the exact opposite to that of the MPV. The large monobox automobile may have been the concept du jour two decade ago, but the SUV has seen to its near demise in the interim. As a consequence of this, the current, fifth-generation of the quintessential European MPV, the Renault Espace, is consciously intended to be a hermaphrodite: half MPV, half SUV.

One only needs to look back just a single generation of Renault Espace to see what has been lost through this move - understandable though it may appear, given today’s market’s obvious preference for automobiles that are much larger on the out- than on the inside.

Even as far as mere appearances are concerned, this previous-generation Espace IV, unveiled in 2002, stands for a bygone era. Despite hardly looking old-fashioned, this Espace’s clean, modernist graphics would today not even be allowed entry into one of the notorious ‘customer clinics’ the car industry uses to gauge the public’s reaction to a future design. Uncluttered, simple, but certainly not unsophisticated, this fourth Espace - what with those not-quite-intersecting, angled character lines on its sides and pronounced rhombus-wearing snout - could not be anything but the offspring of Renault’s most recent âge d’or. 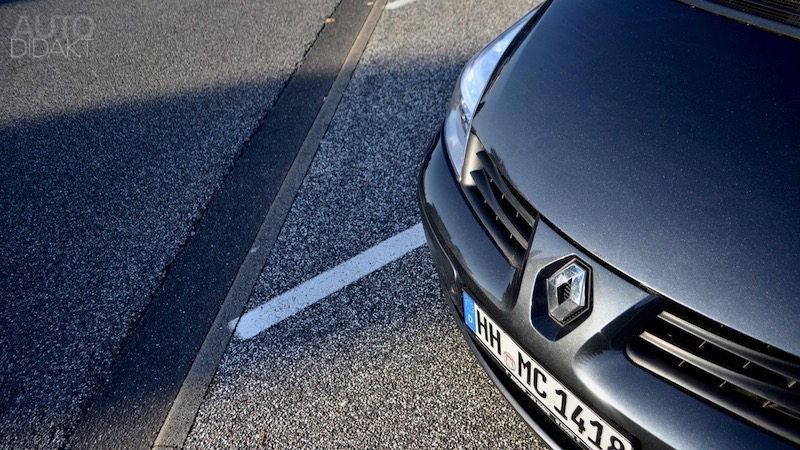 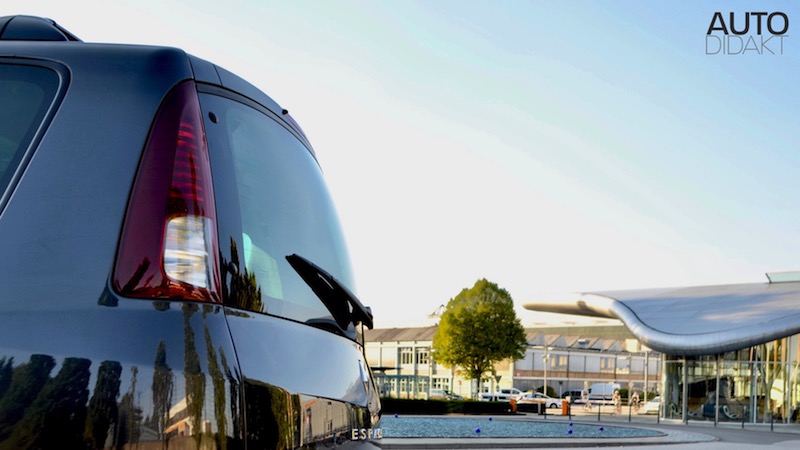 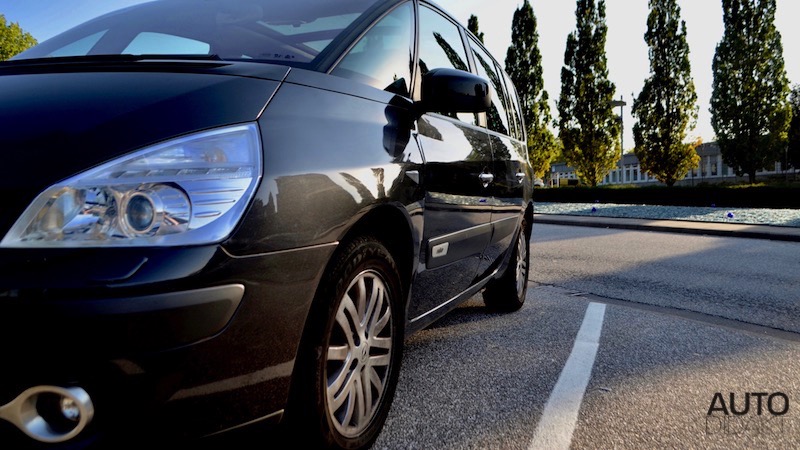 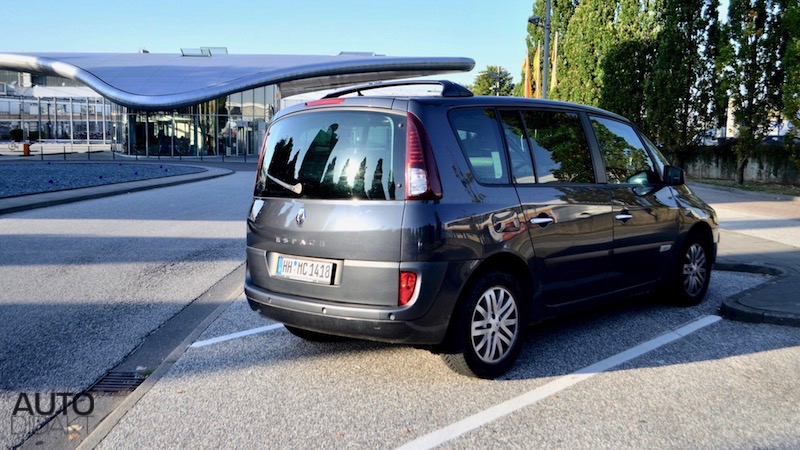 Under the auspices of then-Renault chief designer, Patrick le Quément, the French carmaker, which had traditionally trailed behind Citroën in terms of stylistic flair and innovation, just as it used to come a distant second behind Peugeot in terms of consistency, developed a modernist design theme that was, over time, applied to almost the entire range. As a French counterpart to Audi’s contemporary Bauhaus style, these Renault models exhibited a stylistic flair that was just as consistent as Neckarsulm’s output in those days, but deliberately lacked its teutonic Strenge, its rigorousness, allowing for a lightness of touch that marks the difference between German Bauhaus and French L’Esprit Nouveau. In such a context, even the pleasing Serif badging does not appear inconsistently ornamental, but plain elegant.

Tasked with applying these principles to the fourth Espace’s exterior was Thierry Métroz (who is these days responsible for DS Automobile’s style). The basic design he came up with was subsequently finessed under the guidance of the late Jean-François Venet, which added radii and volume to what had originally been a very origami design. The end result of this process was a substantial, yet progressive shape that resembled an elegant modernisme take on a truncated TGV observation car.

However, despite its graceful volumes and pleasing graphics, Espace IV’s exterior plays second fiddle to its interior, which tackles the concept of affording space as the ultimate luxury like few other production automobiles, from any era and at any price.

In order to understand just how high a priority this matter was at Renault design under Patrick le Quément, one needs to look back to the mid-1990s, when the company championed the almost bonnet-less monospace concept like no-one else in the market. Models like the Espace, obviously, but also the Mégane Scénic and groundbreaking Twingo cemented the French as masters of ingenious space efficiency.

In addition to this very public endeavour, Renault also set out to redefine automotive luxury in somewhat more discreet a fashion. This ambition was pursued in twofold fashion: On the one hand, an engineering-led prototype named Satelis was created. A seven-seater monospace, with an aluminium space frame and carbon/kevlar body, the Satelis’ two central seats folded flat into the floor - electrically. Its interior employed the exposed aluminium frame to house its air ducts, like an automotive take on Richard Rogers’ groundbreaking architecture. This resulted in an interior architecture comprised of separate elements that were designed more like furniture than typical car interior components.

Renault’s other, this time well-publicised stab at luxury was, of course, the Initiale grande berline concept car, which was unveiled to rapturous applause at the 1995 Geneva Motor Show. In addition to its tastefully postmodern, latently Voisin-inspired exterior, the Initiale boasted a cabin that was far removed from both the austere superiority of German luxury saloons or the cosy, quaint, old-fashioned British take on the subject. Instead, Initiale interpreted the restrained, simplified art déco flair of famed French designer, Andrée Putman, in automotive fashion, resulting in an ambience that was strikingly unusual for the conservative luxury sector and decidedly French - despite the interior’s designer, future Pininfarina chief stylist, Fabio Filippini, being Italian.

Inititiale’s flair, as well as the preceding Espace III’s groundbreaking ergonomics ended up being among the main influences when it came to designing a cabin ambience that would take Espace IV one huge step forward - into the realm that has, for better or worse, become known as ‘premium’. 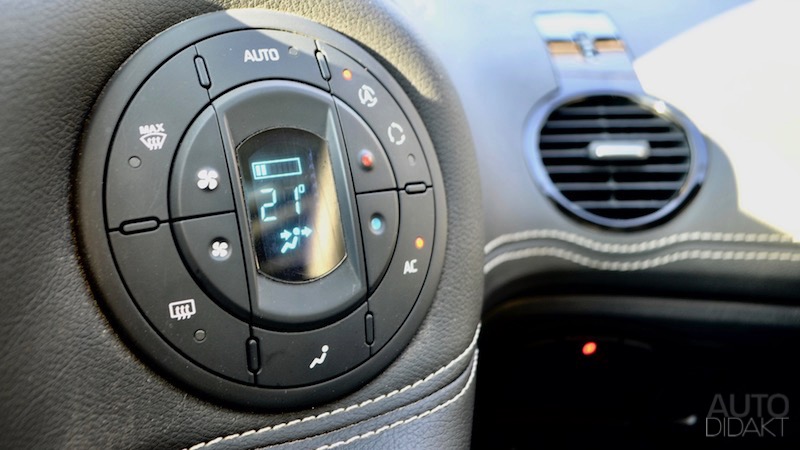 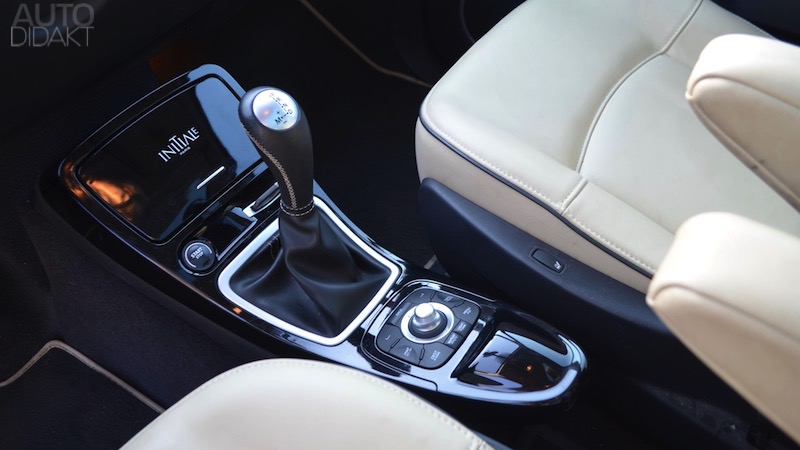 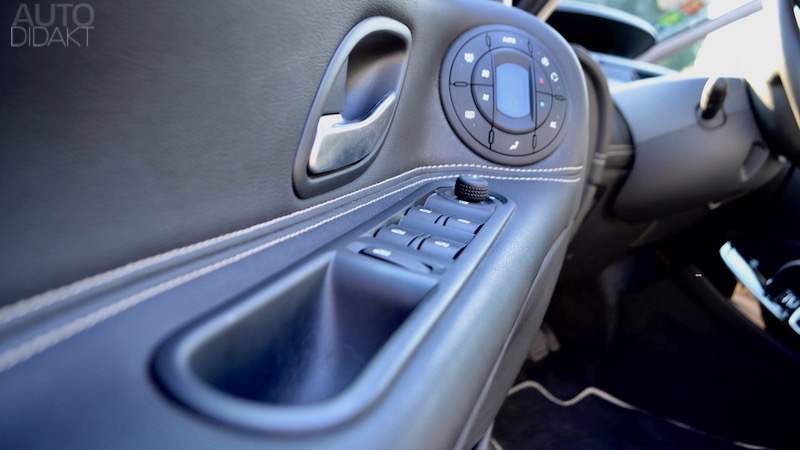 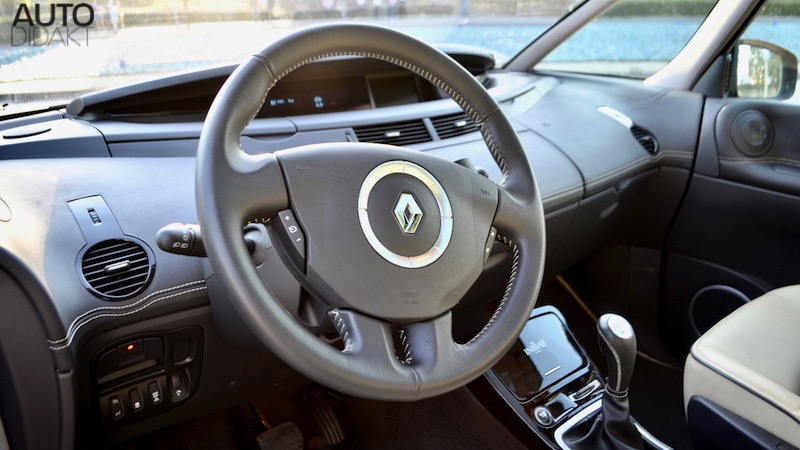 Of course, if there was a car manufacturer that applied a great deal of intellect to mere matters of function, appearance and appeal in those days, it was Renault. For that reason, it was not just other automotive concepts and Madame Putman’s sublime style that resonated during Espace IV’s development, but more abstract considerations as well. To that end, a dossier with the title Le Haut de Gamme was compiled, which listed five definitions of luxury, the standout among which was titled ‘in praise of emptiness’.

From today’s perspective, the late 1990s may not appear like overwhelmingly busy a period - certainly not for the West, which felt safe and sound in the (false) assumption that truth, justice and the American way had won the endgame. Yet the pressures of globalisation and the first onslaught of information technology had obviously resulted in Renault’s designers and stylists pondering an antidote to sensory overload. This resulted in thoughts concerning the coupling of luxury with serenity - a concept the Japanese call wa.

With serene emptiness set as the stated aim for Espace IV’s cabin ambience, interior designer, Dominique Marzolf, set to work and created a dashboard that was calm, rather than barren, and avoided any impression of being stark. Like a zen garden’s gravel represents water, the bow across the dashboard lends the otherwise clean and unadorned surroundings a sense of movement, thus preventing the cockpit’s architecture from appearing static and heavy. Most controls are thus centrally positioned around the steering wheel, whereas each door hosts a dedicated climate control unit, as with the previous generation of Espace. All displays are located underneath the bow crowning the dashboard, where all information is only displayed once the car’s engine has been started. 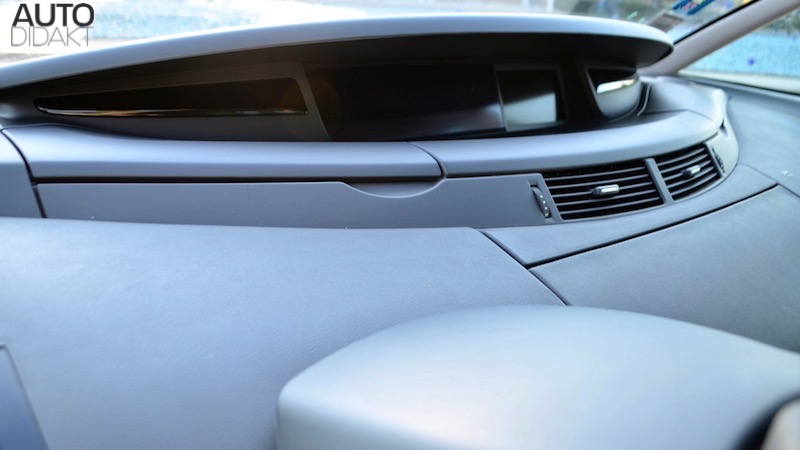 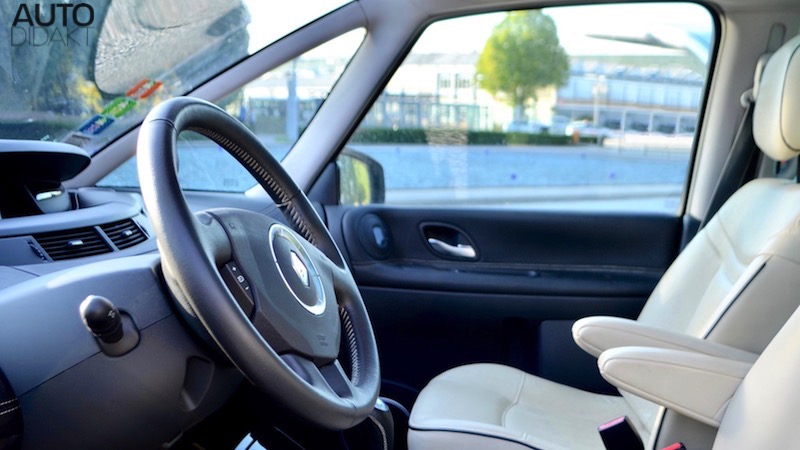 Apart from being visually becalming, it is this special interior’s sense of openness that truly elates. Especially when fitted with a glass roof, the Renault affords a spatial opulence that is unmatched by any passenger car. Its ‘empty’ interior (and the very slim front pillars) makes way for the surroundings, as the car passes through them - which makes for a truly special experience, for both driver and passengers. In that sense, the Espace experience is also a surprisingly democratic one, as neither seating comfort, light nor space differ greatly, depending on where one sits. Aided by those intelligently placed air conditioning units at each door, the majority of occupants even enjoys control over their immediate climate.

When taking the Espace’s relation to its surroundings - its outside world - into account, the car’s overall concept and expression is clearly not one of aloofness and detachment, but openness and exposure. For those huge window areas allow for generous views of the outside just as much as they grant the outside world the opportunity to take a peek inside. 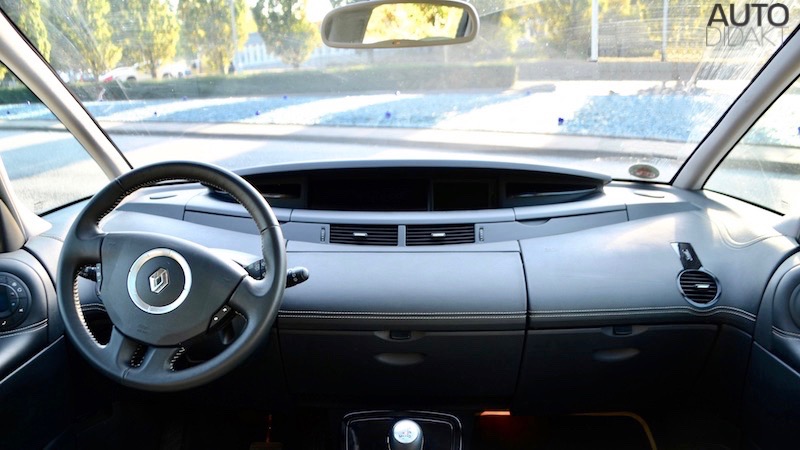 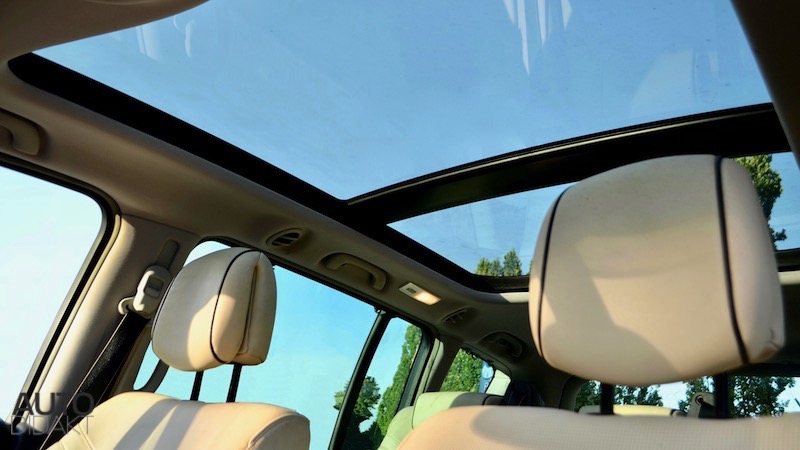 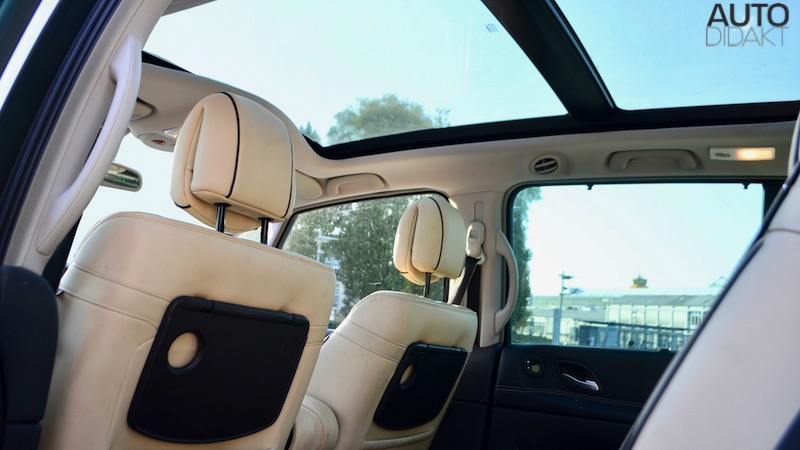 Of course, more than 15 years after Espace IV’s unveiling, the thoughts resulting in this democratically luxurious vehicle are still present - and in certain cases even more prevalent than before. Given the  subsequently ever-ever-increasing onslaught of information, the car design industry has since  officially declared war on buttons. However, unlike with this Renault, the results of today’s crusade against the glut of information has resulted in a superficial, duplicitous kind of simplification. For the supposedly ‘clean’ displays that take up increasing amounts of space on today’s dashboard are merely disguising the continued proliferation of (sometimes superfluous) information through a reduction in spatial dimensions. But the flatness of a display, despite seemingly simplifying an area previously populated by a plethora of tangible buttons, does not constitute true emptiness.

If luxury is about selection, rather than excess, the Renault Espace IV must be considered a true luxury product, albeit one defined by comfort and space, rather than status, decadence and impressiveness.

That circumstances forced its maker came to the conclusion that these qualities are not in demand anymore gives not merely reason to lament. It gives reason to worry.

The Satelis had a Metroz exterior, the interior was the work of Fabio Fillipini.
The Espace 4 interior was in part based on a proposition from Design Club International, possibly by Jun Kishi.
Dominique certainly took it to the next level, a truly remarkable piece of work.

Chris, thank you for this analysis. I agree on virtually everything. I would also point out that while the Espace principle applied to the Megane II (and III to a lesser extent), the Clios from the same age were decidedly more mainstream.

Quite right. The Clio never was the kind of statement car the first two Méganes or this Espace constituted - which probably had as much to do with product cycles as with the market's preferences. The big exception to that 'rule' would obviously be the current Clio though, which I see as the 'cleanest' interpretation of LvdA's ideas for Renault - alongside the current Scénic & Espace. The current Mégane, on the other hand, not to mention the Talisman, appear far more compromised.

I have had 4 Espace's from the first MKI to my present second MK1V - almost the last one produced.
All have been a tribute to the intelligent Renault design approach.
Such a shame about the latest MKV, Renault have given in to the current ugly lookalike fad, for bloated door panels and wheel arches, and curves where they are not needed for production or aerodynamics.
I fear they have lost the plot this time.
DH 14/4/2020

Every Espace had something going for it - hence the coverage of two generations of that model on these pages.

I agree regarding the current generation, albeit reluctantly so. For I certainly acknowledge that Renault didn't just simply cancel that model line, but tried to adapt it in a way that's in keeping with the times. Alas, the result is neither fish nor fowl.