The Rolls-Royce Corniche highlights, above all, how the nature of automotive showboating has changed over the past four decades.

Seen from the perspective of the year 2018, the Rolls-Royce Corniche convertible is not a proper luxury device. It is more of a joke.

The wood and leather that are still the main insignia of luxury motoring today are obviously present, but so are exposed screws on the dashboard, not to mention a VDO-, rather than Breitling-branded clock, not to mention plenty of squeaks emanating from the Royce’s not terribly stiff body.

Like an ageing disco-era dandy that cannot hope to keep up with the beat of the house music to which today’s glitterati sip on their Roederer Cristal, the Corniche is found hopelessly wanting, as far as today’s definition of extravagance and aspiration is concerned.

However, applying a more generalist definition of luxury, this Rolls-Royce stands a much better chance.

Obviously, the Corniche is no high-tech device. It never was, not even upon its unveiling in 1967 (then christened Silver Shadow Drophead Coupé). But as an object of craftsmanship it still is hard to beat.

Whereas today’s luxury cars offer this kind of craftsmanship in the form of lustrous layers of traditional, natural materials on top of cutting edge engineering, the Corniche employs wood, metal and bakelite in more substantial a fashion. Simply opening the (leather-lined) glove box reveals not just that the dashboard’s wooden fascia has been created like a particularly intricate cabinet’s, but that the materials used are more reminiscent to pieces of furniture than automotive components. So metal is real, solid metal, while wood is not just used in the form a thin sliver, but in tangible form. To some, this might appear crude - to others substantial, even honest. 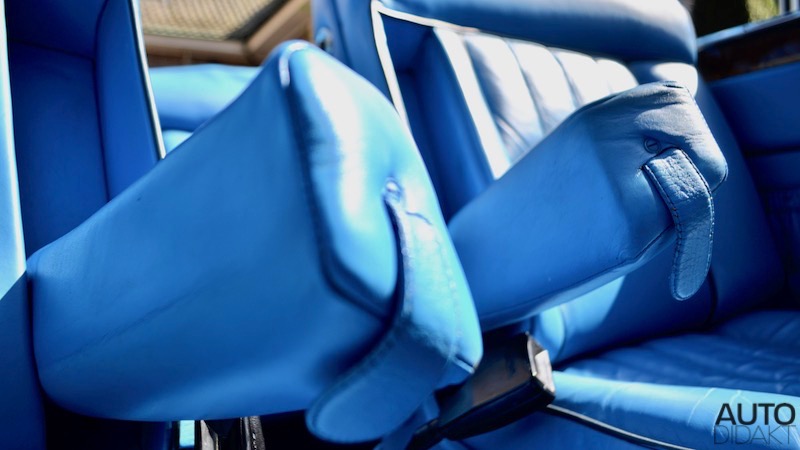 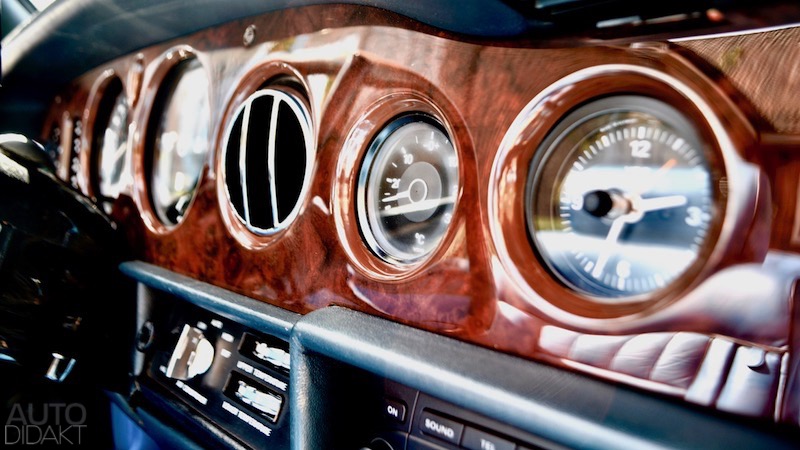 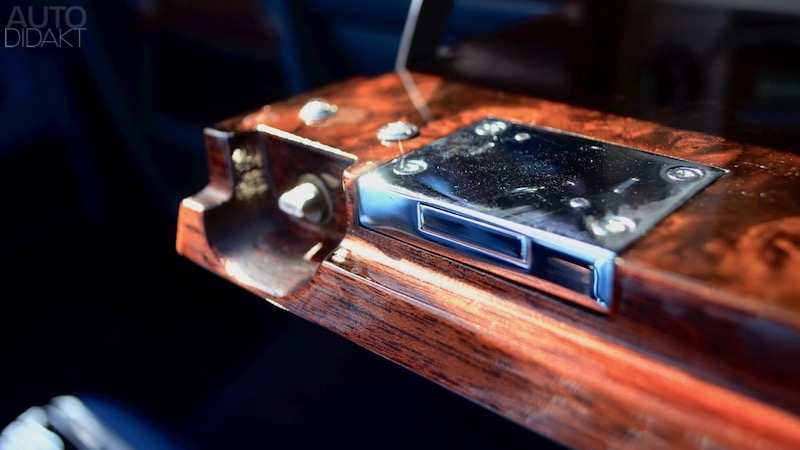 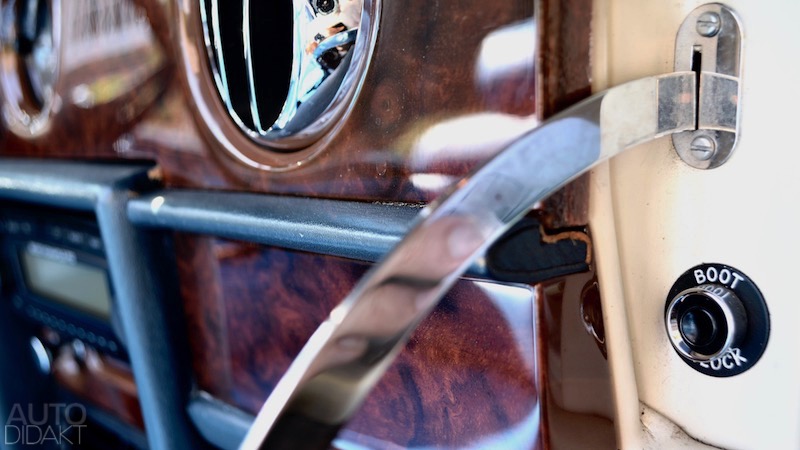 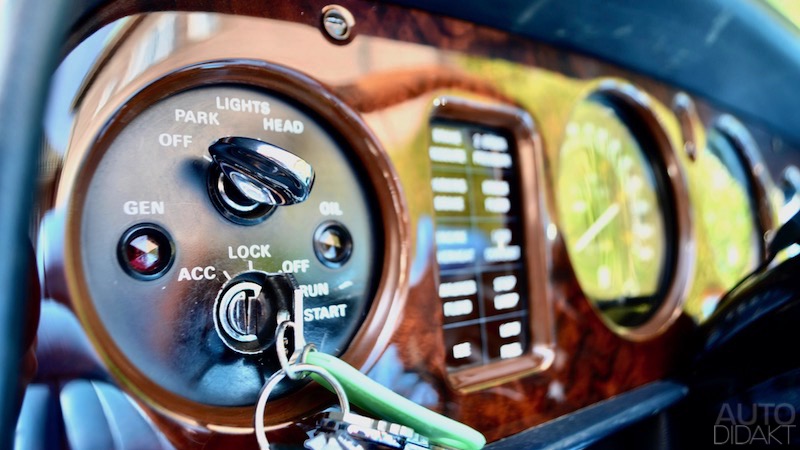 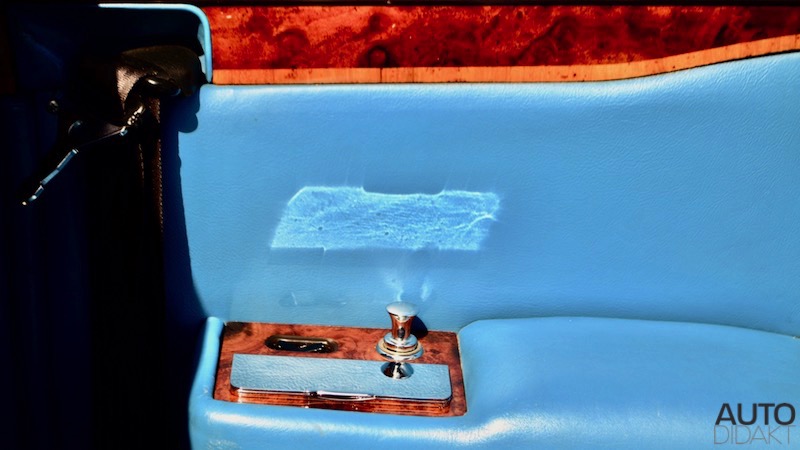 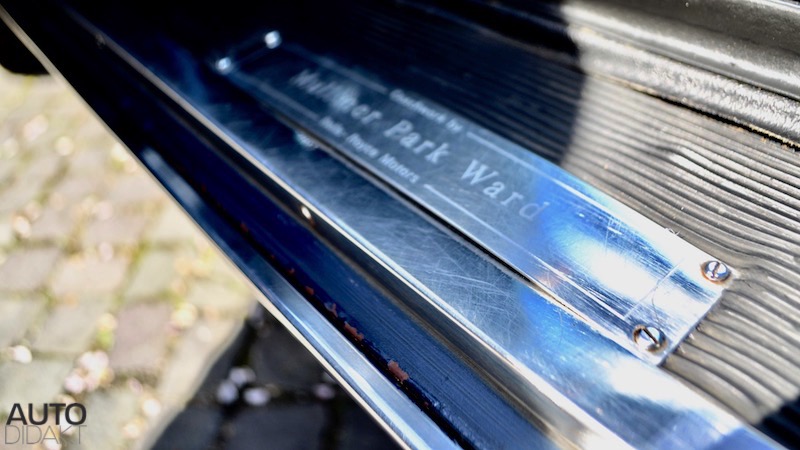 That the Breitling clocks found in modern Bentleys are really just mass-market clockworks, made by regular automotive suppliers (such as VDO), dressed up with Breitling-inspired clock-faces, highlights this difference. As does the one single stitched seam to be found inside the Royce’s cabin, hidden by the dashboard’s side. Whereas modern top-end motors seem destined to eventually offered an ‘all-stitch’ option hiding any leather to highlight their ‘hand-crafted’ nature, the truly hand-crafted Corniche coyly hides this slightly incongruous mark, almost like a scar.

Which isn’t to say that the Corniche was created with discretion being of utmost importance - far from it. Open-top Royces were always the poseur’s choice. Cars to be seen in, rather than to be enjoyed in a private manner. So if, say, the author Harold Robbins wanted a comfortable motor, with a bit of flash to waft about in his Florida home, he would obviously go for Rolls-Royce’s most ostentatious offer - and specify it in duotone blue, with a particularly fetching shade of blue for the interior’s Connolly hide.

And yet, despite showboating always having been a decisive factor in the Corniche’s raison d’être, it possesses an elegance that utterly eludes most of its modern-age epigones.

With the Silver Shadow saloon, Rolls-Royce chief stylist, J P Blatchley, achieved the tour de force of creating an automobile that maintained the dignity associated with the marque, despite lacking the monumental dimensions that had hitherto played such a crucial part Rolls-Royce’s aesthetics, and which clearly served as the basis of the Corniche’s design. However, some crucial changes were applied by H J Mulliner/Park Ward, where the Corniche was built until the 1990s. Such as the addition of a kink on its flanks and proud, rather than flush rear lights that were positioned slightly higher up on the rear wing. These minor amendments lent the Corniche a lightness of touch that is missing from the saloon and perfectly in keeping with the different spirit of a (drophead) coupé. And all of this despite the ungainly, mountainous folded roof ahead of the boot trying its best to spoil the Royce’s silhouette.

With the 'downsized' Shadow/Corniche, Rolls-Royce had left behind not just pre-war engineering by abandoning the traditional body-on-frame design. These more down-to-earth models, whose dimensions were easily exceeded by any full-size American family sedan, proved that traditional luxury need not necessarily include overbearing bulk.

The old, tall Rolls-Royce body was no more. As was the feudalism of yore, which is why the Corniche was driven by just as many self-made arriviste as old-moneyed aristocrats. In that sense, it was a truly egalitarian device - at least to anyone with enough disposable income. 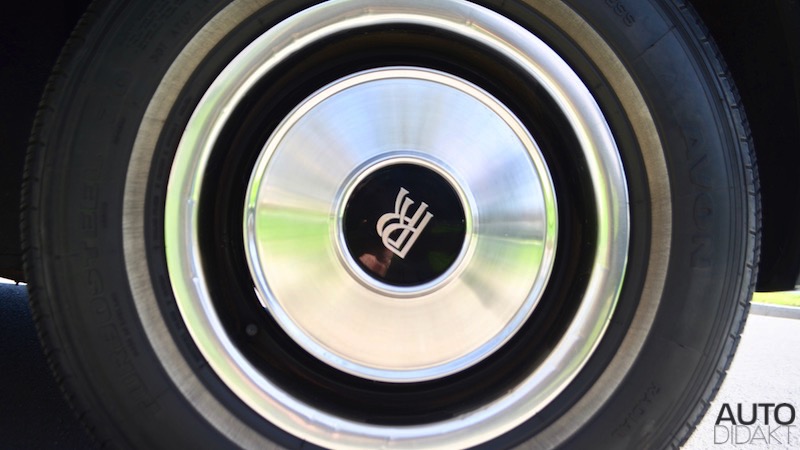 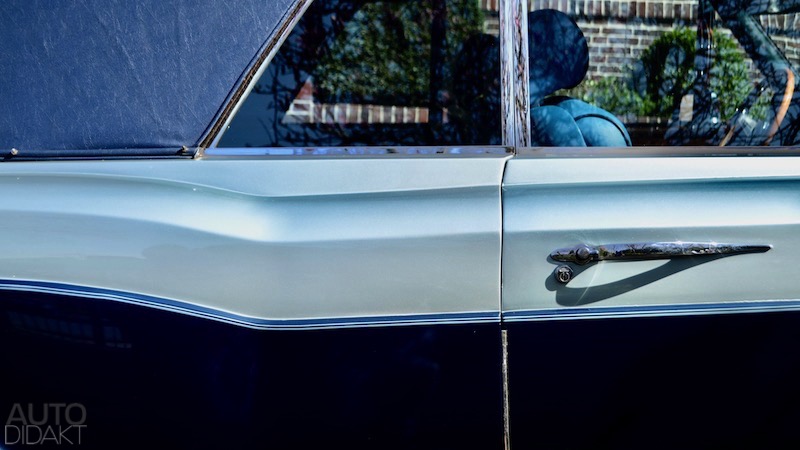 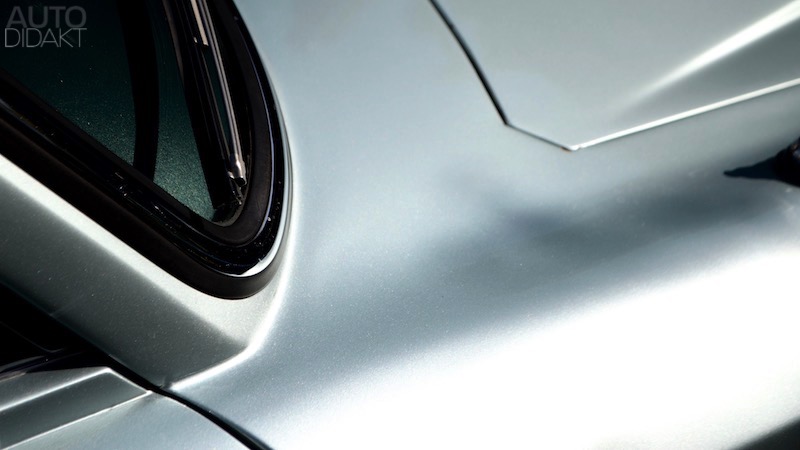 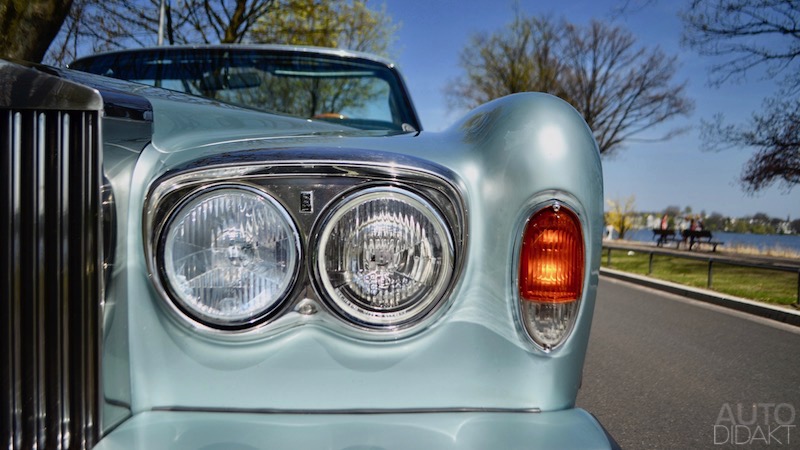 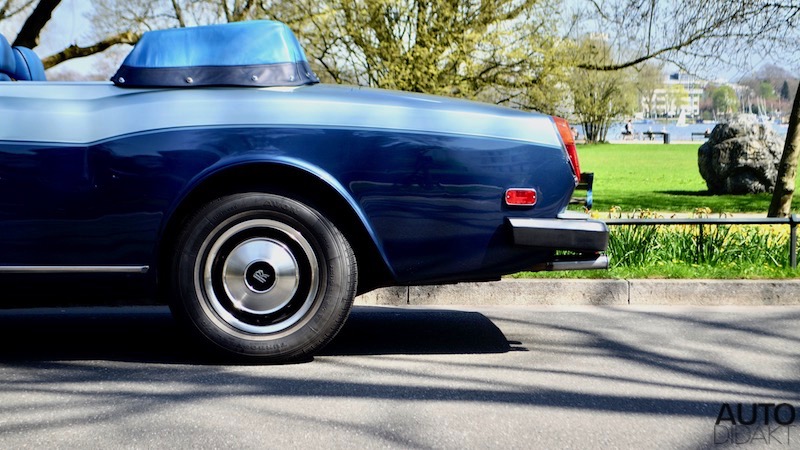 For these reasons, the Corniche never appeared truly massive, or even remotely intimidating. Opulent, assuredly. Perhaps even (certainly in its later iterations) a bit chintzy - but never overbearing. Which constitutes another significant difference to luxury motoring anno 2018.

So, for all its flaws, this rattly, old cabinet of a car teaches us that progress comes at a price. And how disconnected luxury and elegance have become since the Corniche’s heyday.