»I NEED A CHALLENGE«
by Christopher Butt
(comments: 0)

»I NEED A CHALLENGE«

As far as gaping holes are concerned, Stuttgart 21 is hard to beat. The rebuilding of Stuttgart’s central railway station is a matter of national importance, not just because of its enormous costs (€8.2 billion, according to most recent estimates) or the level of resistance it was met with. But mostly because it’s a matter of national pride. At least for that part of the German population that sees this a country of engineers and consider both Stuttgart’s train station and Berlin’s new airport an unbearable disgrace.

The escalating costs, vicious resistance and ongoing turmoil surrounding Stuttgart 21 isn’t  intended to be some doom-mongering analogy for the recent revival of Borgward. It just so happens that this gargantuan, bustling crevice is located right across the street from Borgward’s headquarters.

And Anders Warming, the reborn marque’s chief designer, loves it. Despite the fact that his office is on the side of the building that’s most exposed to the aggressive drilling noises. The man obviously loves creative processes, even if they entail gruelling obstacles. And an awful lot of highly annoying noise.

Warming, a wiry figure like so many designers of his generation, comes across like someone who prefers to be overstrained, rather than idle. Who prefers cacophony to complete, sustained silence (he’s into music, after all). Which may explain why he left his demanding, but established and secure role within the BMW Group’s realm for the uncharted waters of Borgward. 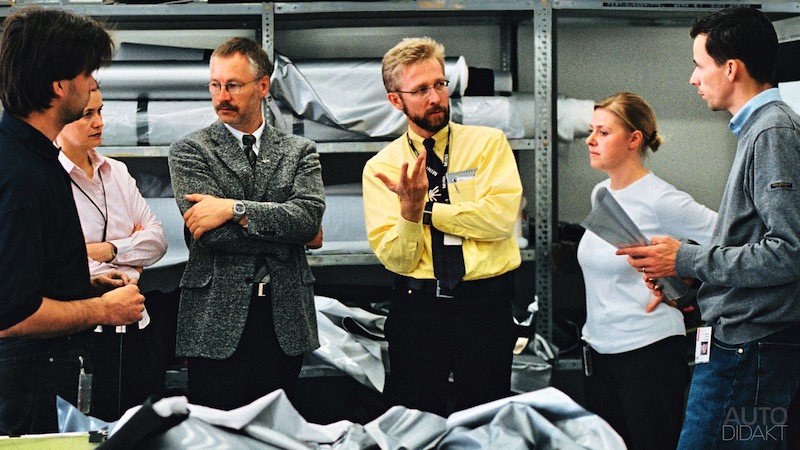 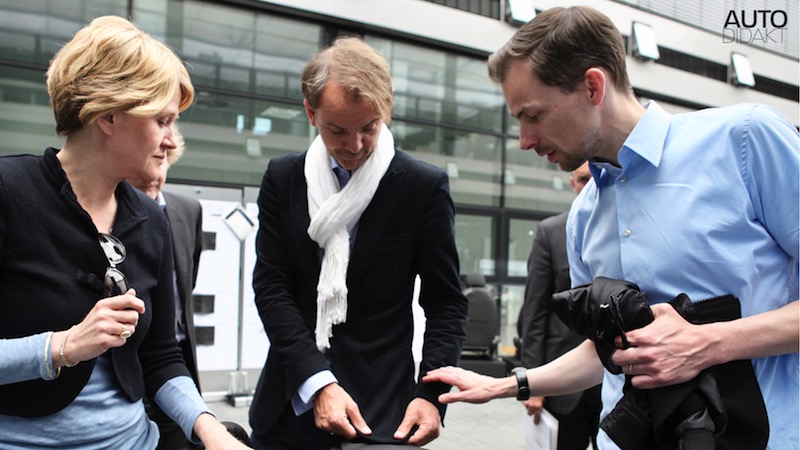 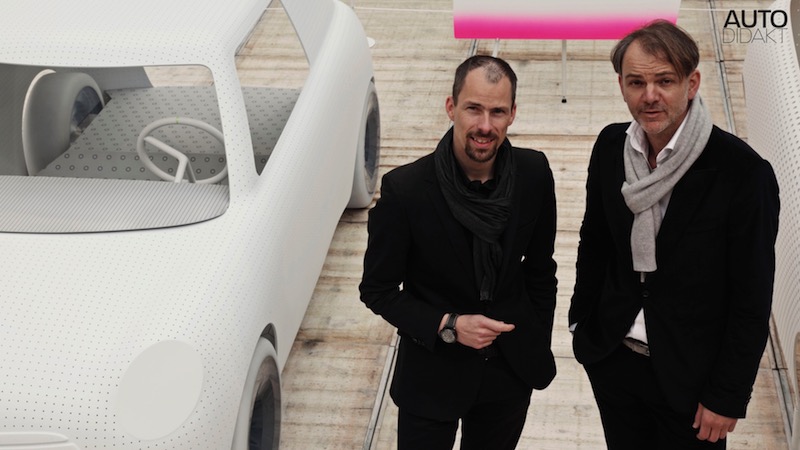 But few things about Anders Warming are exactly clear-cut. Born and raised in Denmark, he speaks English with a bit of a coastal American accent, whereas he employs the Bavarian habit of using demonstratives (‘der Adrian’, ‘die Juliane’) in German. And yet this typically globetrotting, polyglot stylist of the modern idiom refers on more than one occasion to the necessity for an automobile design to reflect its geographic and cultural origins.

Anders Warming’s creative origins certainly appear to be abundantly clear, at least at first. For he’s one of the Bangle Boys, that generation of BMW designers patronised by Chris Bangle, which has since proven to be just as influential as the stylists stemming from Neckarsulm, Turin or Detroit in the previous decades. If any one car stands for Warming’s work from that period, it’s the original BMW Z4 roadster (or E85, in Petuelring parlance). That car’s truly original, truly trend-setting surfacing of razor-sharp folds, slashes and gashes proved to be so influential, it not only gained a dedicated moniker (‘flame surfacing’), but has been copied by half the industry since. Warming himself also revisited it with the BMW Mille Miglia Coupé 2006, but turns out to be unexpectedly indifferent towards it these days. So much so, in fact, that he didn’t take the E85 his late father left behind in his possession. It’s with his brother now instead.

When describing creative choices or processes, the musician in Warming comes to the fore on a regular basis. Also when he explains his stance towards the original Z4: ‘It’s missing outright beauty. That was my punk rock phase. That was then.’ No praise and long-winded declarations of E85’s worthiness can change his attitude: ‘If you look at an artist like Bowie, who always worked with different producers in order to evolve… he’d look at what he did with Nile Rodgers and, in retrospect, say: “That was a bit naff.” But we, as listeners, may obviously disagree with that.’ 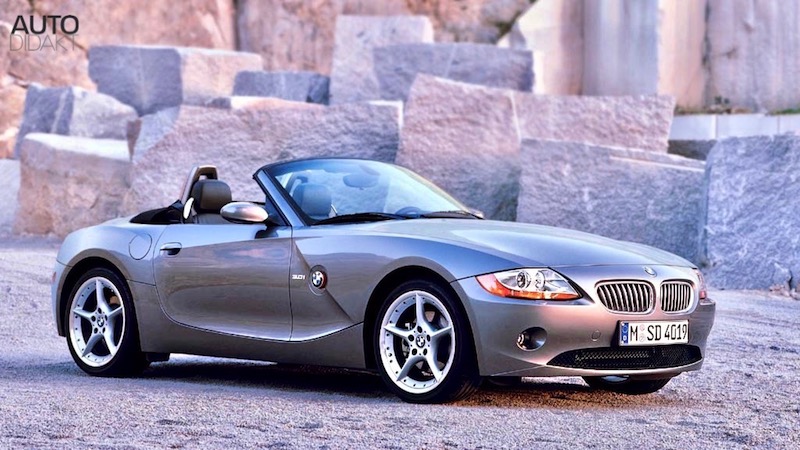 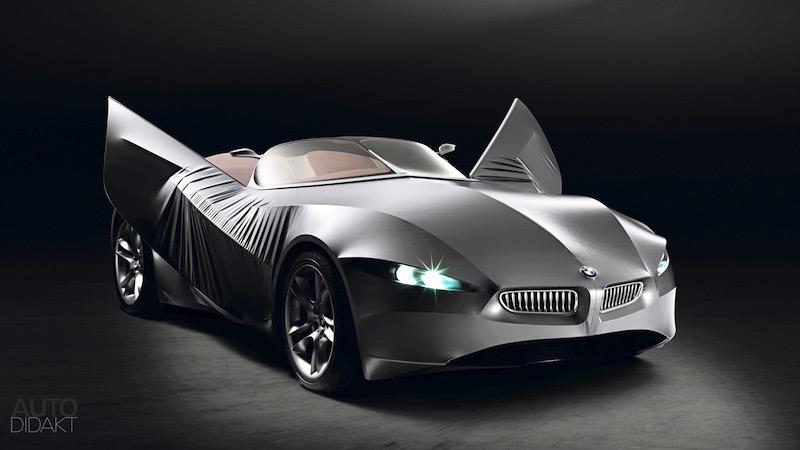 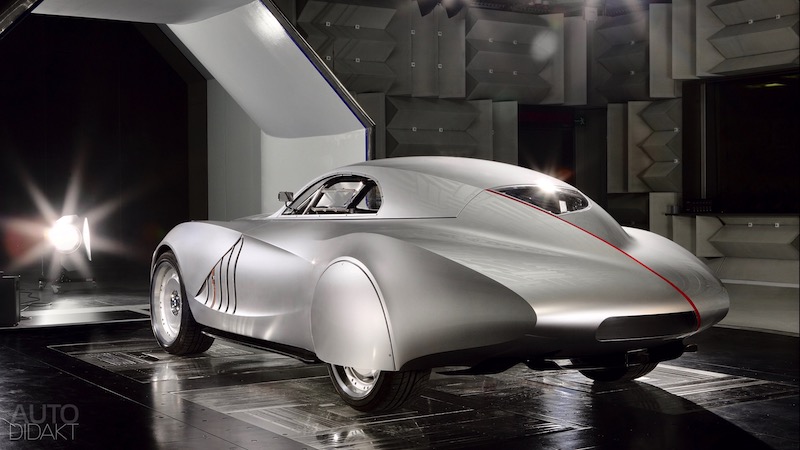 No matter if discussing car design or music, Warming simply doesn’t like to dish out. Instead, he praises colleagues and the teams he’s working with. ’The best music is created through the collaboration of talented people’, he explains, while waving a Stabilo pen through the air that won’t part ways with his hands for the duration of this discussion. A bit like a conductor, incidentally.

Despite these statements and numerous appeals that one ought to maintain humility in one’s professional life, Warming shouldn’t be mistaken for a people-pleaser. He’s a talker, rather than a listener. And confident to such a point that all those remarks about the need for humility do resonate: ‘I trust in myself to be able to do anything.’

Confidence, incidentally, isn’t the main quality many people associate with the Mini models unveiled under Warming’s tenure as the brand’s chief designer. Yet he isn’t willing to make even the faintest of excuses: ‘Those are my cars.’ In particular the current Mini Clubman, which had initially alienated potential customers by committing the sacrilege of combining the Mini badge with a horizontal rear light design. To Warming’s stated satisfaction, the model’s sales figures have since steadily increased.

With the current Mini being, metaphorically speaking, ‘his’ cars, one is left wondering why Warming would abandon them. Or all those colleagues he only has such good things to say about. 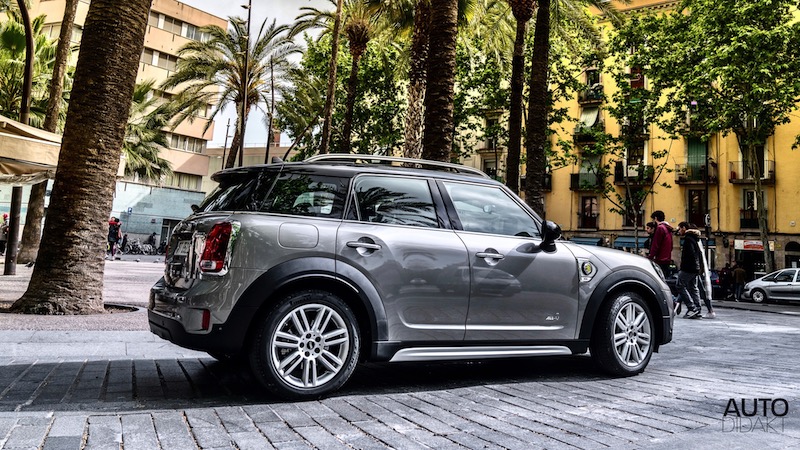 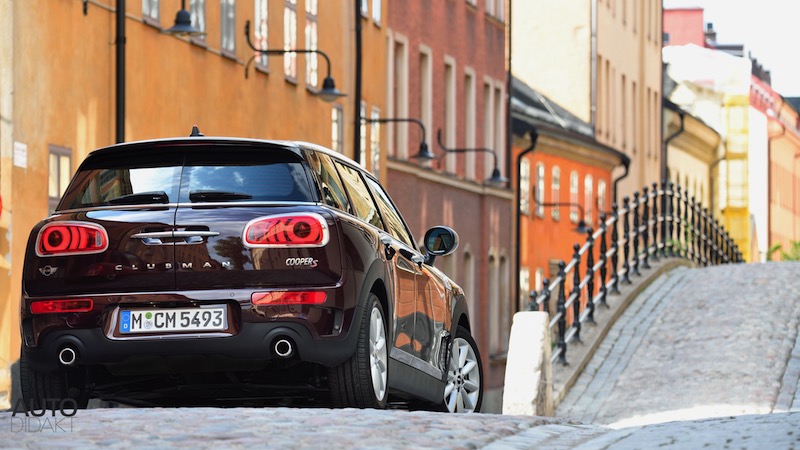 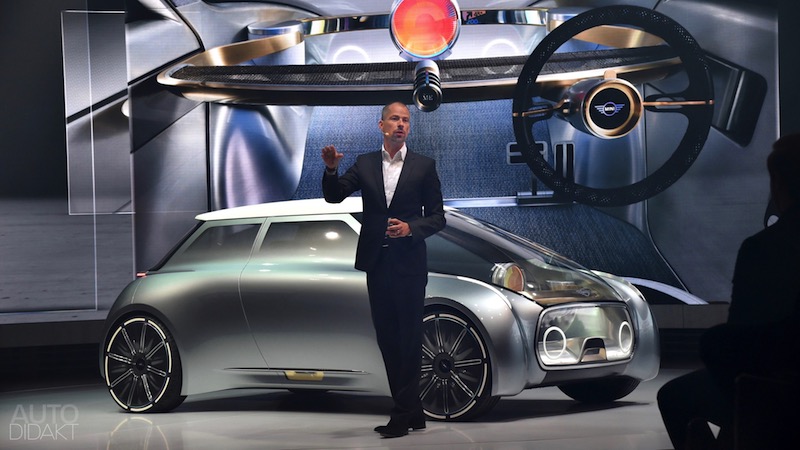 The answer to this particular query is ‘progressive future’. Which, at first, has the highly suspicious ring of marketing drivel à la Sensual Purity® to it. ‘I know this sounds like “future, future”, but the thinking behind the term is that we need to go beyond the future that awaits us anyway. We need to make larger steps than that. Da ist Musik drin.’

Anders Warming may be satisfied with the current state of automotive design, by and large. And bear not even the slightest of grudges against his former employer. And yet he didn’t want to continue with his professional life as it was. ‘I didn’t want to know what my work looks like 20 years in advance. All those product cycles and demands of a large corporation. I need a challenge.’

The Dane with the Anglo-Bavarian accent is so fond of certain German terms that he prefers not to translate them. Pioniergeist, the pioneering spirit, is among those. It also happened to be the leitmotif of one Carl Borgward, whose legacy Warming now has to help administer.

As the leader of a small team of stylists, Warming is, in a sense, now left to his own devices. There are fewer people involved in making decisions at Borgward, so those decisions better be the right ones. And unlike his administrative role at Mini, Warming is once again a practising, hands-on designer himself. Time for that Stabilo pen to perform its emphasising duties: ‘I can keep up with everyone in my team when it comes to drawing skills. I say in all modesty.’

Said team at Borgward is ‘much smaller and therefore faster than a large manufacturer’s. My own diary may not be as crowded as it used to be, but that compactness affords us traction.’ One example of this ‘traction’ would be Borgward’s stall at last year’s IAA, whose basic design Warming sketched while on the train with fellow members of the board. Another would be the concept car unveiled at the Frankfurt show.

‘Right after I’d arrived here, I made it clear that we really had to show the Isabella!’ And an Isabella it had to be, despite the chief designer’s penchant for the spirit and the looks of Carl Borgward’s Traumwagen (‘not dream car, but Traumwagen!’).

‘When people think of Borgward, they always think of the Isabella. And that was a beautiful car, which is why our Isabella had to be truly beautiful as well.’ On this basis, Warming and his fellow stylists, all of which contributed significantly to the concept car, went about defining said ‘progressive future’.

The finished article certainly stood out at the 2017 IAA. Particularly for not being some kind of passive-aggressive fastback SUV concoction with swivelling seats and an oddly-shaped steering wheel denoting a supposed readiness for autonomous driving. The neue Isabella was a romantic, slightly twee take on the future, set against the backdrop of a commando of armoured assault vehicles. Some commentators even called it naïve, which elicits a wide smile from Warming: ‘That’s great! There’s also an art form that’s called naïve. I like that!’

What Anders Warming is after is car design that works on an instinctive level. Car design that doesn’t need to be explained in intellectual terms, but just does its trick. He was therefore endlessly pleased when he showed the finished Isabella to his children.

They found it ‘mega’.