BOOKS: DESIGN BETWEEN THE LINES
by Christopher Butt
(comments: 0)

Design Between The Lines

Through a series of anecdotes and musings, Patrick le Quément’s autobiographical account not only entertains, but teaches valuable lessons.

Autobiographies are a treacherous issue. They are particularly prone to turning out either insignificant and hence dull, or bombastic and therefore self-congratulatory. In either case, the reader more often than not gains little from having made it through all the pages.

For Patrick le Quément’s autobiography to turn out bombastic would not necessitate much in the way of inflating the man’s career and achievements. There are very few people who either know about car design or are part of this industry themselves that would not agree that his role in automotive design of the past few decades has been significant, to say the least.

Design Between The Lines’ great achievement therefore is not the precision of its retelling of the former Renault chief designer’s career, but something far more worthwhile. It is the lessons learned, the insight into his mindset that make this book a must-read for anyone with a serious interest in professional design.

For this reason, a critique feels somewhat inadequate in the case of this particular book. An honest, up-front endorsement is more appropriate, as this is not just a good book, but an important one. A book in which le Quément does not present his wisdom, but shares it. And, in the process, illustrates what design is truly about, what can ideally be achieved in design and what it means to be a designer, if one is to go about this profession with a certain idealism and intellectual rigour. 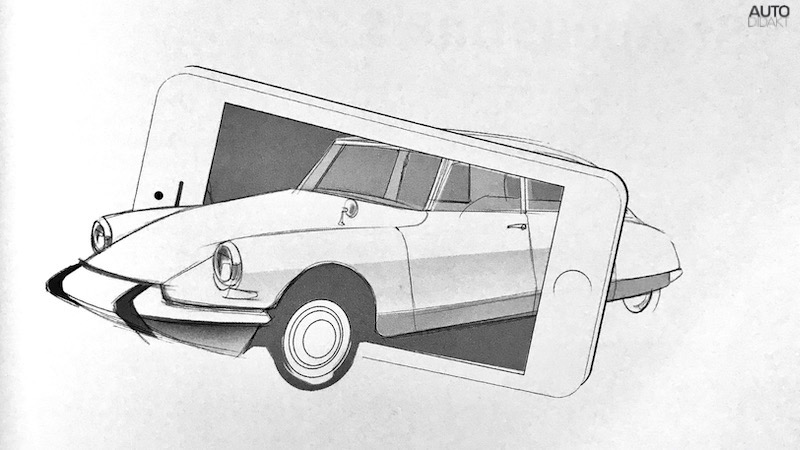 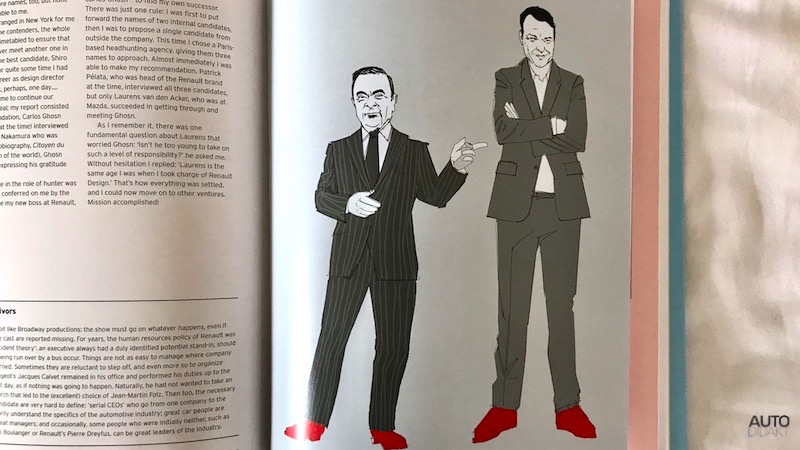 That being said, le Quément is not a preacher, and Design Between The Lines never reads like the Design Gospel - thanks to a lightness of touch that makes even the most substantial of subjects easily digestible. Gernot Bracht’s charmingly amusing illustrations underline the impression that wit and breeziness, rather than pretentiousness, are the narrative tools of choice here.

Among Design Between The Lines’ strongest qualities is that it explains the complexities of design in a modern corporate context. Le Quément highlights the team aspect of any such endeavour - in musical terms, a chief designer is akin to a conductor, rather than a tenor, after all -, yet also makes it abundantly clear that not only do decisions need to be taken, but even fought for.

Against this backdrop, his obvious pride at having successfully gone to battle against the inherently risk-averse corporate culture on behalf of the original Twingo is perfectly relatable. Moreover, it highlights that only part of the designer’s mission is to fulfil the customer’s brief - in certain cases, it is about creating a product the customer does not realise he needs. Which makes it hardly a surprise that Steve Jobs, another past master of this particular trick, gets not just name-checked, but is among the protagonists of the book.

If there is any reservation to be voiced, it would be that certain explanations are repeated and hence seemingly superfluous. Then again, this is due to the book having been devised in such a way that any chapter can be read at random. Like its compact format, the intention behind this was to make Design Between The Lines as accessible as possible, rather than an expensive, unwieldy coffee-table tome. Thankfully, Merrell Publishers did not use the compact format as an excuse for cheap paper or binding, both of which are fine indeed.

Patrick le Quément may have retired from automotive design more than a decade ago. But his experience and personal stance remain as relevant as ever, particularly in an age when the amount of words used to explain a new car’s design appears to be in an inverse relationship to its intellectual, and sometimes even practical value. For this reason, Design Between The Lines could not have come at more appropriate a point in time.

Thanks to Merrell Publishers for providing a copy of Design Between The Lines.

also writes for THE ROAD RAT, DRIVEN TO WRITE & others

Thank you for that review - that’s definitely a book for Christmas. I gather it’s divided in to 50 chapters over 200+ pages, so a reasonable amount to read. Did you have a favourite chapter?

There was no single chapter I that stood head and shoulders above the rest, in my opinion. 50 might seem like a huge number, but wach one is meaningful in its own way.

After reading your review here, I’ve just ordered a copy. As one who has a great deal of interest in the design aspects of cars but no clue as to how it all works, I’m now in anticipation of the books delivery.
As you have close links with such people and the industry, could one furnish either your own site or that other excellent window on the car world, Driven To Write with any of your learnings? Be those anecdotal, evidence based or just plain ludicrous, I’m certain there would be a wide audience awaiting entertainment.

I'm certain you won't regret this purchase. This is among the finest car design books I'm aware of (this and some others I also reviewed in brief form on Instagram), so I trust you'll find it positively diverting and instructive.

Whenever I write about a car's design, I try and incorporate whatever background information I'm privy to - if it's not merely gossip, if that information is in some way meaningful and if I'm not being indiscreet by publicising potentially compromising insights. But those learnings you mention inform most of what I write about car design.

A lovely book, and not too ego driven as you'd expect from other design leaders. Bravo PLQ!