Most car museums merely depict history. Fiat Chrysler’s Turin sanctuary is made of it.

As far as the German car industry’s penchant for one-upmanship is concerned, there is far less respectable areas in which to try and outdo the competition than the building of a museum. As a consequence, the huge Mercedes-Benz Museum by Ben van Berkel (completed in 2006), the sharp Porsche Museum by Delugan-Meissl (opened in 2009) and, of course, the ZeitHaus at Volkswagen’s mighty Autostadt from the year 2000 all have their respective merits.

And yet - what with these buildings all being the result of some sort of corporate willy-waving contest - they may be viewed by future generations the same way an enlightened agnostic looks at St Peter’s Basilica today. Celebrating one’s own grandiosity usually does not come without its own pitfalls.

FCA’s Heritage Hub, located in Turin’s Mirafiori district, is rather dramatically different from these temples to the automobile. Firstly, because it is not open to the public. Secondly - and far more importantly - because it is not the work of a Renzo Piano or a Massimiliano Fuksas, but a piece of humble, straightforward industrial architecture, located amidst Fiat’s vast Mirafiori factory grounds. If the (mostly German) corporate car museums to varying degrees resemble an amalgamation of Disneyland and a modern art gallery, Heritage Hub’s approach is far more humble.

That being said, the sheer size of the vast hall (which was used to stock spare parts until some years ago) is deeply impressive in itself. As is the lighting - partly natural - which lends the huge space the impression of a gargantuan atelier. If other car museums resemble galleries, Heritage Hub could be likened to seeing artefacts in the workshop where they were created. No film clips, no multimedia installation could ever surpass the mental images this barren, time-worn setting evokes.

Heritage Hub generally feels like the opposite of an extended showroom filled with vintage cars, as it is both too profound and too simple. Profound in that the cars speak for themselves. Simple in that all it took for this effect to set in was to give them ample space to do so. As is the mind of the visitor, whose imagination is thus fuelled, with senses heightened by the surrounding vastness. Against that backdrop, it does not come as a surprise that Heritage Hub’s director is no marketing & communications professional, but a true creative: Roberto Giolito, the man who not only designed the shape of the Fiat Multipla, but also a string of, in the best sense of the word, challenging concept cars.

All of those intriguingly provocative show cars are also on display at Heritage Hub, most notably the Ecobasic, originally unveiled in 1999. It is a design whose exuberant visuals at first appear at odds with its concept of basic, sustainable motoring. Yet even though it lacks the original Panda’s self-aware sense of austerity, it is by no means any less intelligent a take on cheap, simple, practical motoring. In terms of the use of resources, it could still teach any present-day concept car more than one lesson. All of which not only vividly illustrates Signore Giolito’s own design approach, but also Fiat’s inherent ingeniousness when it came to creating equally simple and smart motoring solutions.

The contemplative mood set by Ecobasic’s future that wasn’t - and having as thoughtful a conversational partner as Signore Giolito - is further sustained by the significant number of Lancia models present at Heritage Hub. These include the triumphs of the pre-Fiat era, later oddities like the Trevi and tantalising glimpses of what could have been in the shape of a number of concept cars, like the 2003 Fulvia Coupé. Most striking though is the sight of two marvellously placed models, a Flaminia and a Gamma Coupé, which encapsulates not only Lancia’s spirit of almost diffident grace, but the evolution of the Pininfarina line too. Once again, it is the sheer space that Heritage Hub provides which allows for such experiences; the unadorned nature of this hall, which trusts the exhibits with creating an impression by themselves, and whose relative emptiness facilitates perspectives impossible to be caught in a museum where the visitor’s perspective is guided. 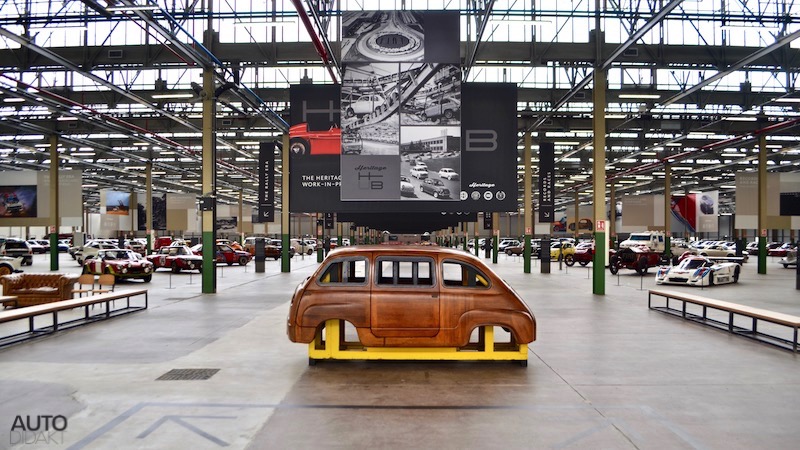 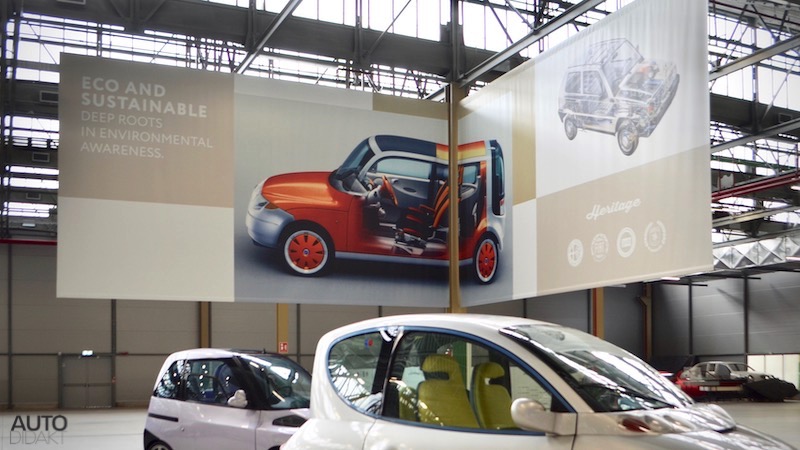 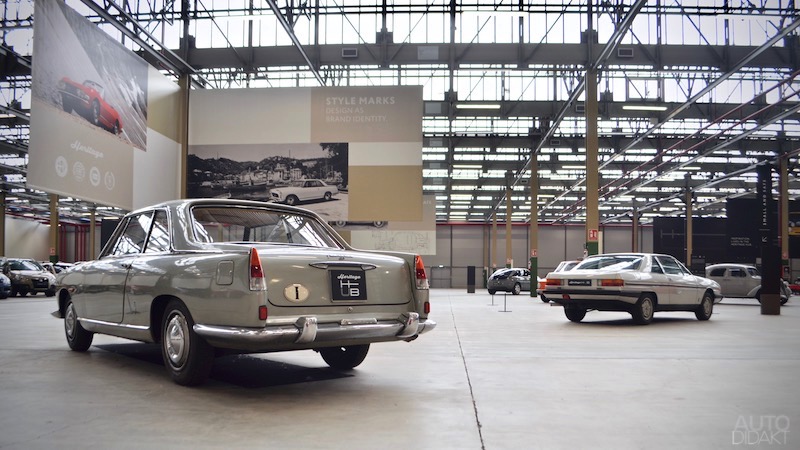 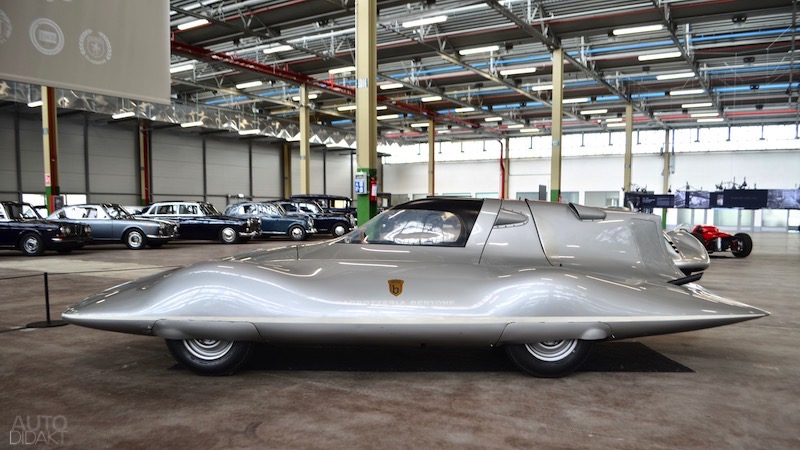 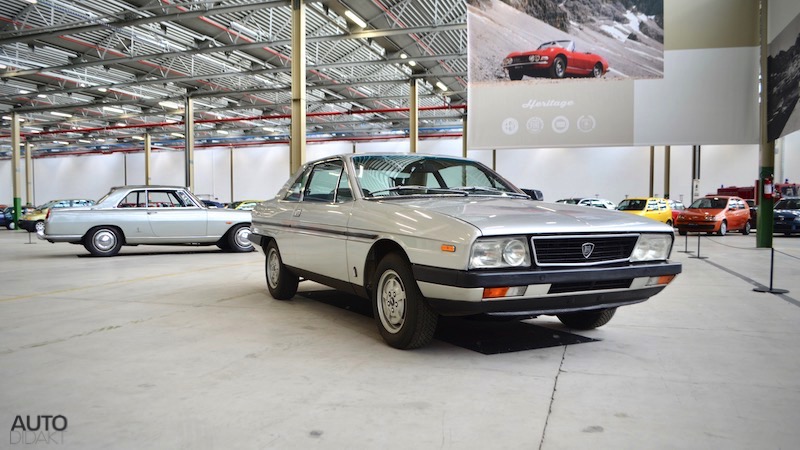 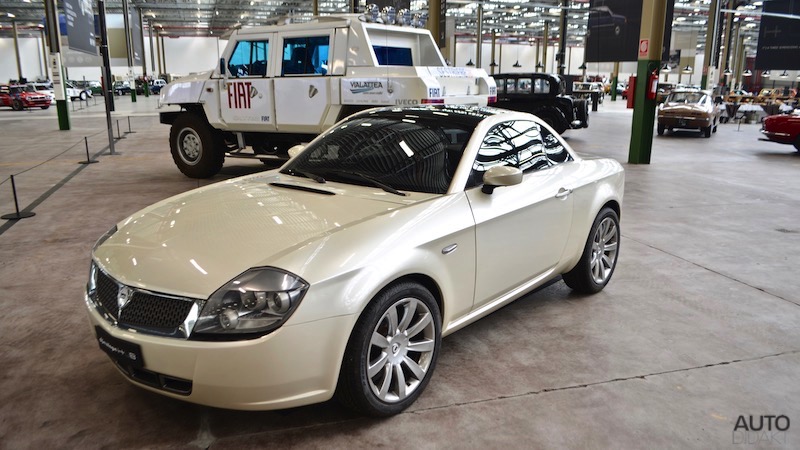 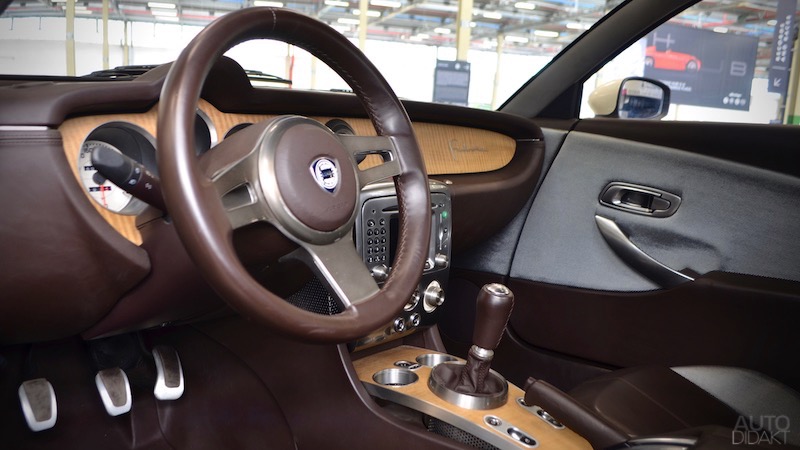 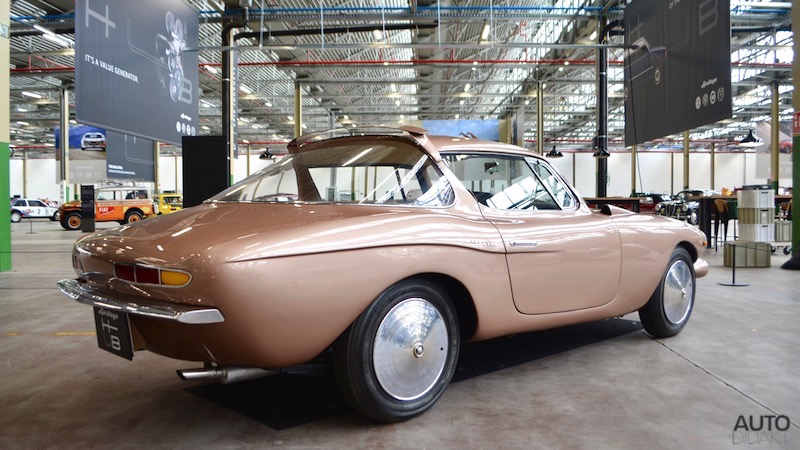 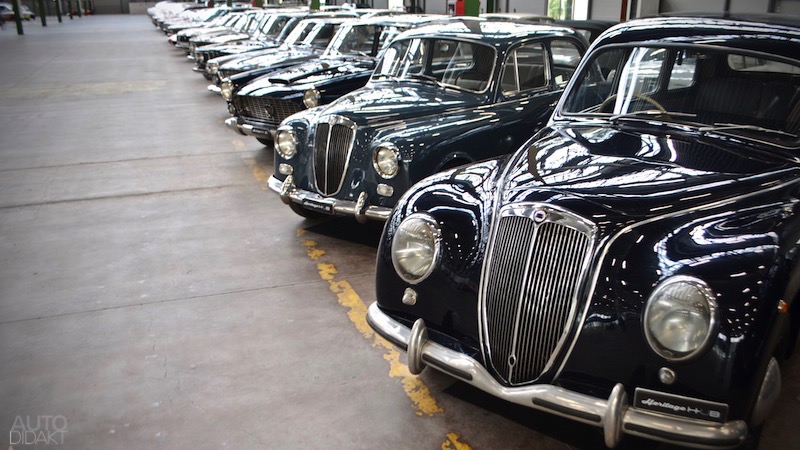 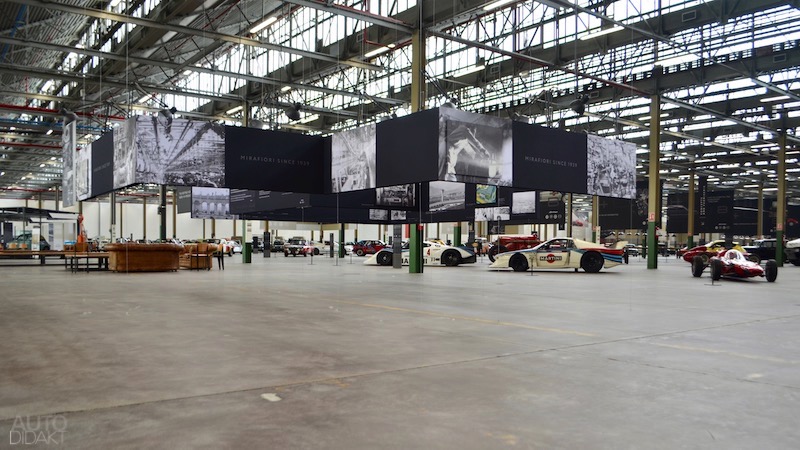 Of course, Heritage Hub is not just about emptiness, faded marques and unrealised potential. There are also rallying cars, Raymond Loewy’s oddball Lancia Loraymo, pope mobiles and examples of almost every Fiat production car to be seen, illustrating Turin’s creative might in the field of small cars in particular, as well as the Italian trait of stylistic reinvention. This impressive assortment of cars is interspersed by some stools, desks and - to prove that furniture has the capacity to be sustainable too - even a couple of 19th century chesterfield sofas. But neither interactive displays, nor a row of busts of great Agnellis, a Dante Giacosa-themed café or a children’s corner.

All of which adds up to a triumph - a place and a collection that finally does Fiat (and Lancia) justice. A place that may be grittier than any temple Piano or Fuksas could have created; a place that may lack the clear narrative thread of other, more streamlined museums. But none of this is to its detriment. For Heritage Hub is not so much about creating an impression - even though it does -, but about inspiring the visitor. Little wonder then that FCA Centro Stile designers, typically going about their daily routine next door, are sometimes found at Heritage Hub, with their eyes observing Fiat’s past, while their hand draws its potential future.

Inspiration has always been the driving force behind the Italian automobile. Other countries and cultures have been more consistent or enduring in their pursuit of automotive progress. But Italy always excelled at creativity. In that sense, there could be no more fitting a tribute to Turin and the Italian automobile than this inspirational building and the motor cars it houses.

Now I really want to visit it.
Great read!

What an interesting article, thank you Herr Butt.
Although under "Cars", I find very interesting its focused didaktik view about museums. Are modern, so called, "interactive" museums, that much better than the museums of the past century? It looks to me that today, when "interaction" and "communication" are rated more and above the actual "content" and "passive" learning, the majority of museums have a mind confusing similarity that diminishes their purpose, especially when the visitors are young school students. Furthermore, in cases of museums owned by private companies, these interaction - multimedia installations by being more or less generic in their forms, can be seen exactly as a means to concealing their real reason of being: not pedagogy or Bildung but pure brand marketing value.
But why isn't FCA Heritage Hub open to the public?
And, excuse me for being naive, but how can someone get a permit to view it, in a case of visiting Turin's district?
My best regards h. Butt and thanks again.

Days before I went to Heritage Hub, I visited the Porsche Museum in Stuttgart. Do expect an article on that place in due course, which should explain my views on a more 'modern' museum.

Heritage Hub's location is at the centre of the Mirafiori premises, right next to Centro Stile, which obviously entails certain  implications regarding security. If you want to visit, it probably helps if you know someone working at FCA.