The last thing this world needs is yet another car show. Which is why its creators intend Grand Basel to be no less than the most ambitious car show on the planet.

There must have been dozens of other offers before this one. So why, I ask Giorgetto Giugiaro, Car Designer of the Century®, did he choose to have his name so closely associated with Grand Basel, another high end car show, which will make its début in September 2018?

‘Because I came across the writings of Aristotle as a young man. He argued that art is really about imitation, about adapting nature according to one's own needs and purposes. […] And design is no different. So why not treat car design like one would do with any other art form?’

Giugiaro is even more animated than his already vibrant usual self when pointing out that car design mustn’t be devalued on the basis that it’s serving a function, in addition to whatever aesthetic merit it may possess. ‘Just because something serves a purpose doesn’t mean it’s not artful.’ Incidentally, he also refuses to grade the design of a Maserati Ghibli different to that of an original Fiat Panda. ‘The one may be more rare, more decadent a creation than the other. But their worth is the same.’, says the man who penned both.

Another factor for Il Maestro’s participation in Grand Basel can actually be summed up in just one word: ‘Tumminelli’. 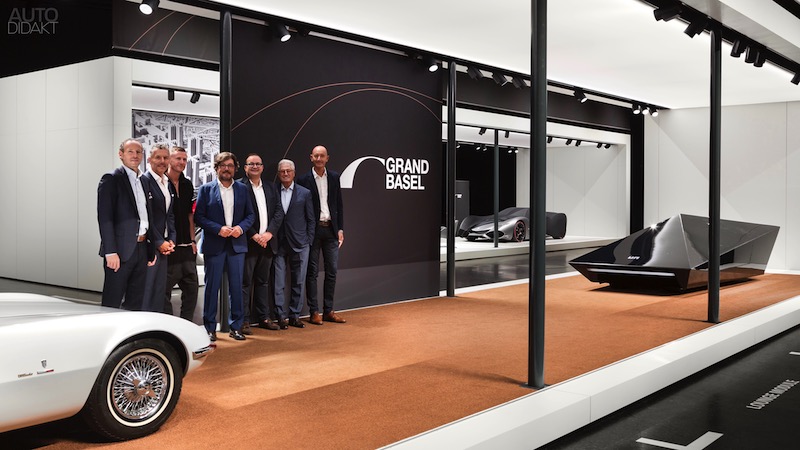 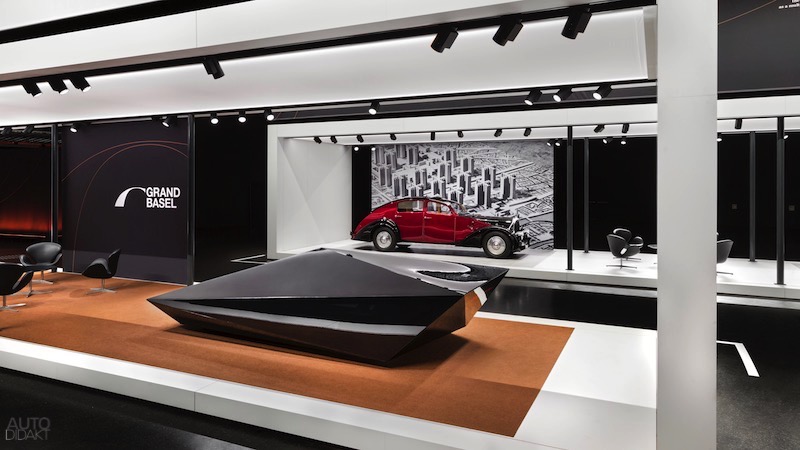 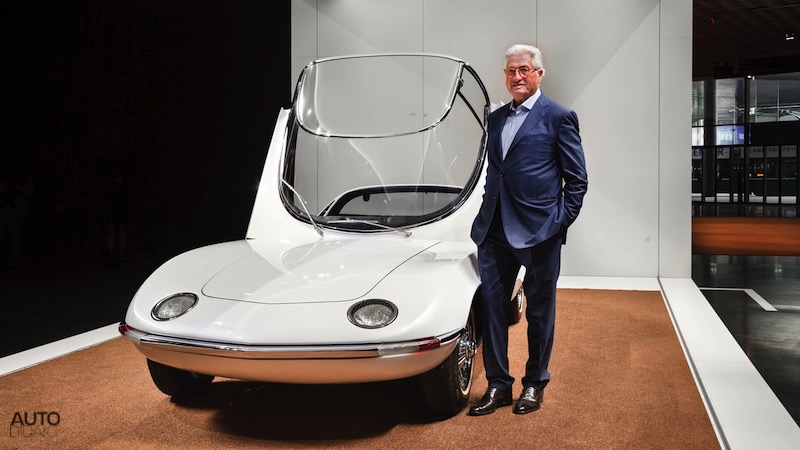 Paolo Tumminelli is professor of design concepts in Cologne and Braunschweig, as well as one of the most sharp-tongued (car) design critics around. He’s also the spiritus rector of Grand Basel, which gives reason to believe that this show won’t be just another occasion for the super-wealthy to nibble on canapés and moan about Bonham’s recent commission fee hike. Tumminelli is too astute an intellectual to simply jump on some bandwagon and cash in. Giugiaro apparently sees it that way too. These are men with a reputation to lose, after all.

These thoughts are consequently underlined during the Il Professore’s speech, as well. Apart from the business side of things, which of course involves automobiles of the highest pedigree and a clientele that can afford them, Tumminelli intends this particular car show to also serve as a salon, a platform for thinkers, critics and creators to meet and discuss the past, present and future of the automobile and automobility. Which would sound like the usual marketing paraphrasing of dreary lectures and hollow meetings, if he didn’t make it abundantly clear that he ‘deeply fears for the automobile’ in its present state.

The setting of Grand Basel certainly plays into his hands. Due to her lack of a domestic car industry, Switzerland has always been considered ‘neutral ground’. This factor is stressed by the fact that no car manufacturer has (so far) been announced as a major sponsor, unlike at, say, Villa d’Este or Pebble Beach. Which should help facilitate critical examination of the state of the automobile.

Following this principle of equality of arms is the design of the Grand Basel booths (‘moduls’), which feature a standardised design that’s clean and visually unobtrusive - or, one could say, very Art Basel-like. There’s a whiff of 2001’s orbital station to the lighting (which is said to perfectly mimic daylight), but it’s discreet enough not to distract from the exhibits.

The exhibits chosen for the avant-première give a concrete idea of its creators’ intentions for Grand Basel. There’s Giugiaro’s early work, the highly influential Bertone Testudo from 1963, which would have en effect on cars as diverse as the Porsche 928, the Lamborghini Miura and the AMC Pacer. As a piece of Kunsthandwerk, it’s certainly hard to beat.

Which is why Rem D Koolhaas’ Lo Res Car doesn’t even try to do so. It’s extreme, polygonal shape is a direct homage to Marcello Gandini’s Lamborghini Countach, whose shape has been digitally simplified to the extreme, in order to be recreated using dark, reflective surfaces. Koolhaas, who runs the United Nude fashion label, makes more of a humorous, post-modern statement with this car than an attempt at actually pushing the automotive envelope. But as a visual rebound, the Lo Res Car works just fine.

Particularly as the other historical automobile in presence, a 1935 Avions Voisin C25 Aérodyne, is so very poignant. For not only was this the favourite car brand of famed Swiss architect, LeCorbusier, but its founder, Gabriel Voisin, also happened to be his patron. The placing of the C25 Aérodyne in front of a poster depicting LeCorbusier’s concept to replace two square miles of historical Parisian property with modern housing is therefore not just evocative, but revealing: the architect’s ideas had been literally driven by automotive concerns, which vividly illustrates the social and cultural power of the automobile, for better or worse. LeCorbusier’s plan was incidentally called Plan Voisin.

The final exhibit can’t boast such gargantuan levels of cultural relevance, but highlights other automotive subcultures. Fresh from Milano, with its paint barely dried, comes the Zagato IsoRivolta Vision Gran Turismo Concept. As has become customary in recent years, this particular creation of the famed Italian carrozzeria is, above all, a digital creation, which will be officially unveiled in the context of a Gran Turismo video game this October. That, in this case, it is one of the few remaining coach builders (in other words: a proper craftsmen’s business) that has been given the task of creating a virtual car, not to mention one that sports as storied a nameplate as IsoRivolta’s, isn’t without irony. But such is the modern automotive realm. 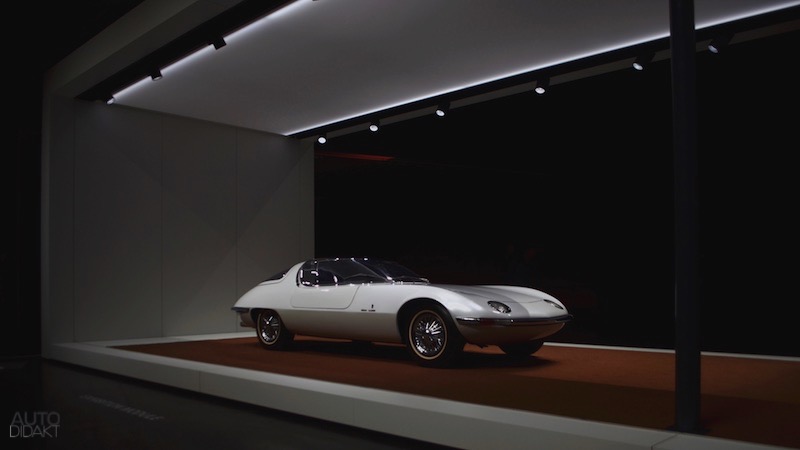 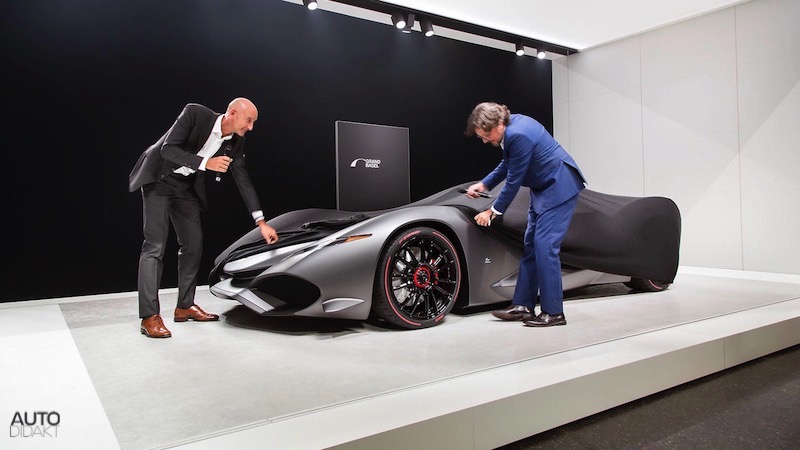 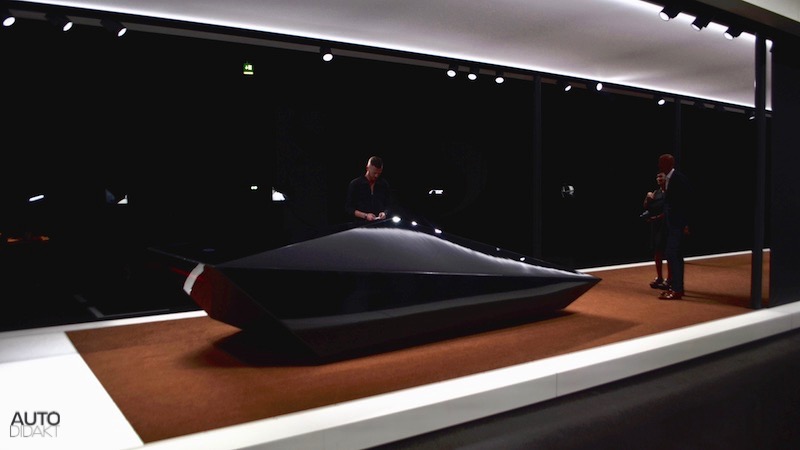 Grand Basel’s avant-première wasn’t without the usual marketing hyperbole. But given the ambitions of its creators and the amounts of money that will need to be spent, this may be excused. For Tumminelli, Giugiaro and their Swiss partners have quite a steep mountain to climb if they are to achieve their ambitions, which include plans for overseas Grand Basel shows in Hong Kong and Miami.

Setting up a car show that’s ambitious, intelligent and truly relevant is enough of a challenge in itself. Given the pedigree of the founders, any attentive observer would be advised to keenly anticipate seeing their ideas achieve fruition.

I was happy to see Bertone's Corvair-based Testudo given respect in your article.