In an environment of stifling conservatism, and up against a mainstream of passive-aggressive form languages, the Borgward Isabella concept car makes a boldly optimistic statement

The 2017 vintage of the Internationale Automobile Ausstellung (IAA) in Frankfurt, Germany has been, by and large, a sobering experience. With most production and concept cars being creatively driven by either timid conservatism or a misguided striving for an image of assertiveness, the unveiling of the Borgward Isabella concept car constituted an aesthetic sigh of relief.

Of course, Borgward don’t come out of nowhere. Once a serious competitor to BMW, the marque from Bremen, Germany turned into a somewhat obscure anecdote in European car history after its bankruptcy 1961. Once the Borgward brand died and its factory premises had been taken over by Daimler-Benz, the Hanseatic Rhombus became a symbol of bittersweet local pride above all else. Borgward is therefore as engrained a part of the history of Bremen as the Grimm brothers’ fairytale of The Town Musicians of Bremen, the port or the city’s most famous son, musician, James (Hans) Last.

Seen from a less regional angle, the recent revival of Borgward in the shape of a Chinese-financed, Stuttgart-based enterprise was therefore met with quite a bit of relatable scepticism. This wasn’t completely abated with the unveiling of the current range of Einar Hareide-styled, highly generic SUVs, which too obviously tried to emulate products of the German ‘premium’ brands (down to the smallest details, in certain areas).

However, even before this year’s IAA, Borgward had set themselves apart from other, ill-fated attempts at reviving failed European brands through two factors. One is that Borgward have so far achieved all of their stated goals, be they with regard to time frames or sales figures. The other factor is the hiring of Anders Warming, arguably the most talented automotive designer of his generation, who is very likely to have become creatively stifled at his former post as head of design of BMW’s Mini brand. His personal high points (the original BMW Z4 and astonishing GINA concept car) certainly appear to be a world away from the clumsy second-generation Mini Countryman that was designed under his watch.

To the cynics, Warming’s move was the result of a pay check amounting to a substantial sum of Yuan. To those who have followed his career path, it seemed like the inevitable escape of a man who’d eventually found himself in a creative straightjacket. But the proof of the pudding is in the eating, so anything remotely resembling an understanding of both Warming’s motivations and his plans for Borgward would entirely depend upon the first product signed off at Borgward by the man himself.

So the 2017 IAA amounted to crunch time for both Anders Warming and Borgward. Which means aforementioned sigh of relief was, in fact, manifold. 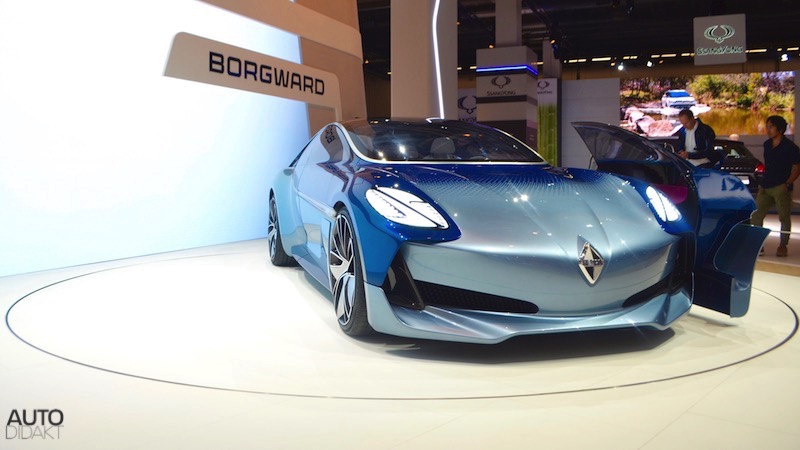 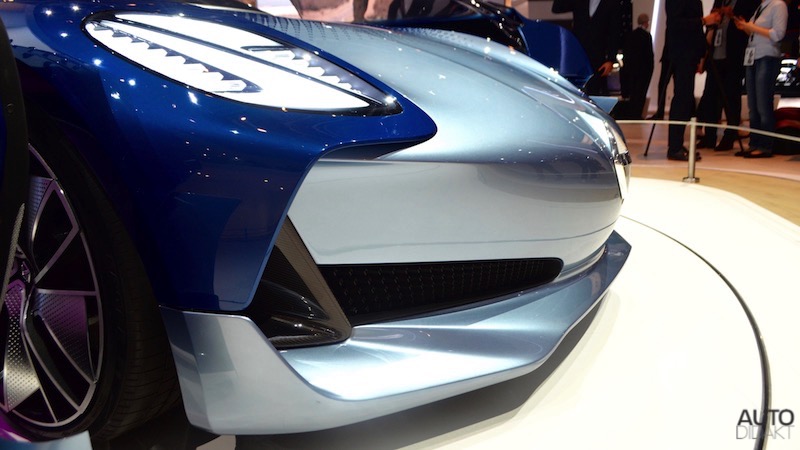 Certainly, the Isabella concept car’s creators ought to have been relieved by the fact that the competition made it so easy for them to make a splash. For, the charming Honda Urban EV and Renault’s slightly predictable Symbioz concepts apart, there was no other car unveiled in either concept or production form at Frankfurt that exuded even a trace of the Borgward’s creative energy and optimistic stance.

Exuberant, friendly, sleek and upbeat without being either naïve or ironically postmodern, the Isabella may in certain areas be a little overwhelming, but the profound enthusiasm its design betrays remains simply contagious nonetheless.

Of course, coming up with a non-aggressive form language is almost good enough in this day and age to leave an impression. But the Isabella’s core strength really lies in how it takes the spirit and some of the features of its forefather (which was a quintessential product of the ‘50s in that it was unashamedly ornate) and interprets them in an abstract fashion that lends the new car a character that’s entirely its own.

The duotone colouring of its body, for example, could all too easily result in a stale retro flavour, but the way in which the lower body’s light metallic blue flows into the upper section’s navy blue through a pattern of downscaling rhombi is simply refreshing. As are the stainless steel girders that run atop the side windows and across the lower bodysides and into the flowing rear lights.

The light units are, in fact, excellent symbols of the new Isabella’s spirit. For they openly employ modern LED technology to evoke an expression that’s almost old-fashioned, in a positively exuberant kind of way. They also incorporate the company’s rhombus logo in playful fashion.

The rhombus can also be found inside the Isabella’s cabin in the diamond-like shape of the cockpit’s control panel. This constitutes maybe the single step too far in the direction of a Frank O Gehry-like ‘pick ’n mix’ aesthetic (although similar geometric shapes are also to be found on the doors’ inside). But that is a price certainly worth paying for the ebullient flair of this motor car. 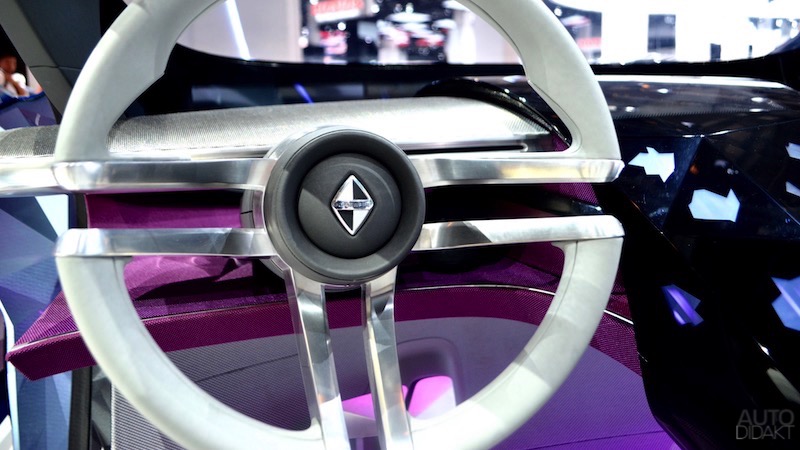 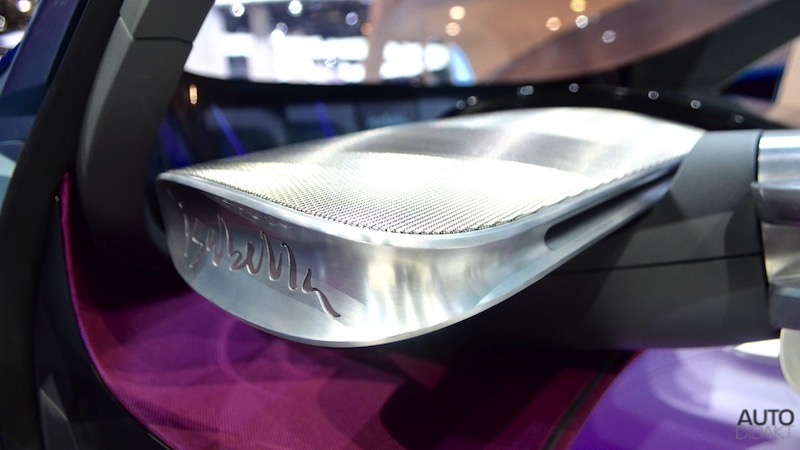 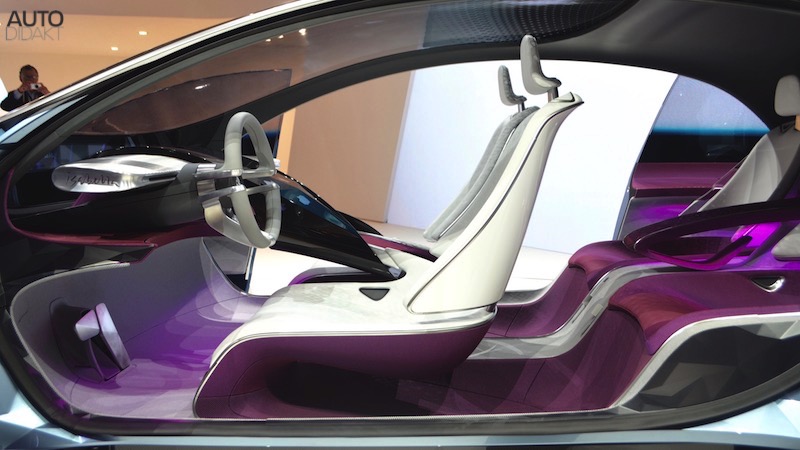 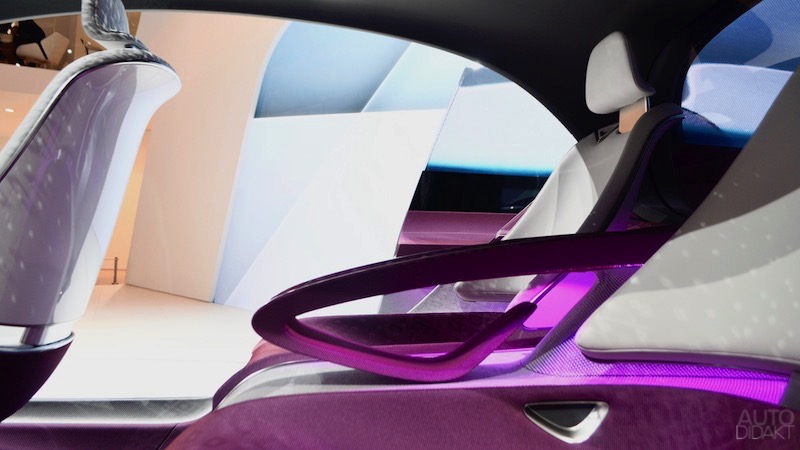 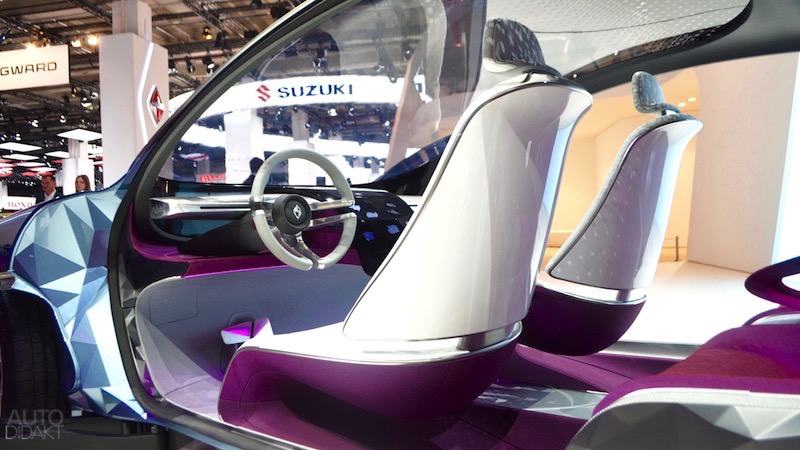 Of course, these hard, precise crystalline shapes are there to prevent the overall wavy, organic shapes and surfacing from turning into some kind of ‘90s retro ‘soft design’ pudding, but the Isabella’s proportions, stance and detailing are good enough to make do without this slightly forced clash of forms.

However, such detail criticism should not distract from the substantial creative energy the Borgward constitutes. A matter that is put into even sharper perspective by its detractors. For quite a few well-known designers made it abundantly clear they consider this effort of Warming, Genot et al but a flight of fancy. And a slightly overwrought one at that.

Yet, comparing the Isabella with what the established players brought along to the IAA in 2017, one finds it hard to relate to such haughtiness. Admittedly, the Borgward’s engineering remains sidelined in favour of the stylistic statement it is trying to make. But the again, what is the merit of all those supposedly ‘realistic’ show cars that were unveiled at Frankfurt? In exactly what way is the absence of a steering wheel or a blanked out grille more relevant than the Borgward’s cheerful optimism?

The Borgward Isabella concept car isn’t the iPhone to today’s Blackberry car designs. It doesn’t rewrite the rulebook, but underlines the important passages inside it that are still relevant, but almost forgotten.

And that in itself is quite some achievement.