Building glamorous supercars can be a humble affair.

Climate and Alpine vistas apart, Rivalta di Torino could well be a suburb of Stuttgart, Coventry or Paris. After all, there is not so many variations on industrial estate architecture, this side of the Zaha Hadid-penned car factories or glass palace-like design centres the large car makers have treated themselves to on certain occasions.

The premises of Manifattura Automobili Torino (MAT) are accordingly rather unimpressive. A beige flat rectangle of an industrial building most effectively hides the fact that it is not precision sockets or radio clocks that are manufactured behind these unassuming, sheer walls, but the rather conspicuous, exotic and exclusive New Stratos supercar.

This New Stratos, even though clearly and unashamedly a retro take on the legendary Lancia Stratos HF rally race car, can already boast a rather astounding history of its own - despite having entered (very limited) production only about a year ago -, for the black, blue and Alitalia-liveried cars already built are the end result of a process that started two decades ago. This process involved numerous attempts at creating a modern iteration of the seminal original Stratos - which was designed by Gandini, whose bodies were built at Bertone and which was powered by the Dino V6 engine - courtesy of numerous designers, investors and engineering firms.

The great Gandini himself helped get this particular ball rolling when he penned the Stola S81 Stratos in the year 2000, which is best treated as a mere footnote. Next up to try and revive the Stratos name and design was Austrian car stylist, Christian Hrabalek (whose father conveniently owned a Stratos collection) when he created the Fenomenon Stratos in 2005. This particular endeavour resulted in no running cars being built either, but family feuds and court proceedings instead. Ultimately, it would fall to the owner of German automotive component supplier Brose, Michael Stoschek, and, in an ironic twist of fate, Bertone arch-rival Pininfarina to turn the New Stratos into a production-ready reality in 2010, when a Ferrari-based one-off marked the end point of the Stratos revival saga.

That it took another eight years for limited series production to commence and that this production now takes place at MAT, rather than Pininfarina, barely registers in this tale of twists, turns and shredded family ties. That being said, it is no coincidence at all that Michael Stoschek’s Pininfarina-designed and body engineered pet project is now calling Rivalta di Torino, rather than Cambiano its home, as the man behind MAT is Ingegnere Paolo Garella, previously in charge of prototype and one-off production at Pininfarina. In that capacity, he had already overseen the transformation of Pininfarina designer, Luca Borgogno’s sketches into the first New Stratos almost a decade ago.  This car is used as the template for a maximum of 25 samples of New Stratos that will be built at MAT over the next few years. 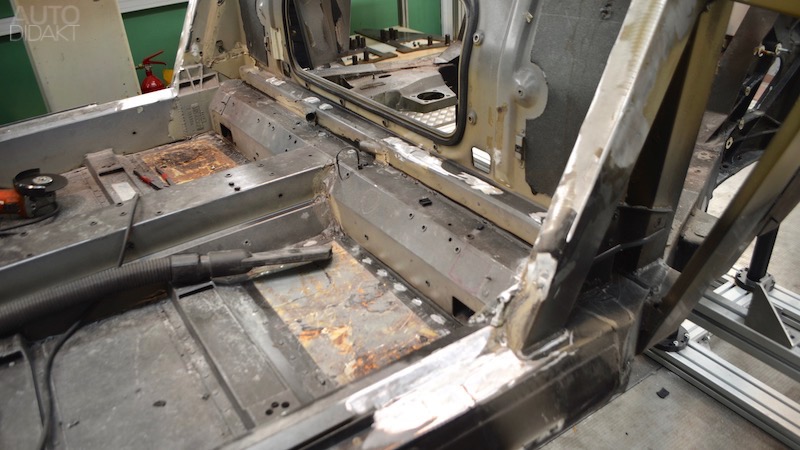 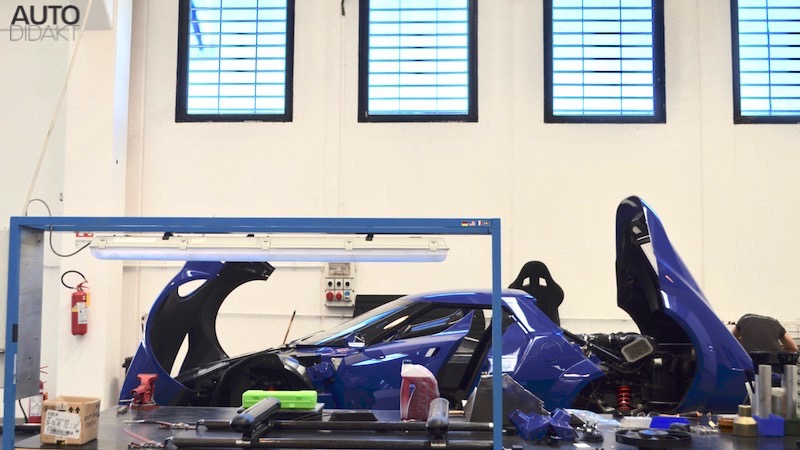 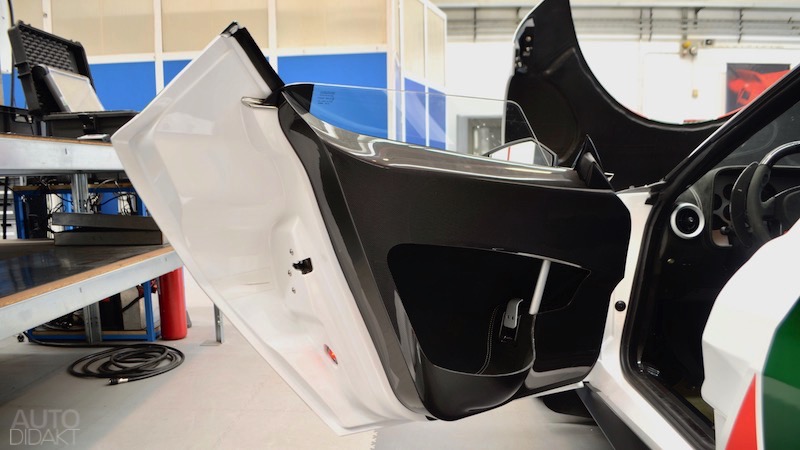 The construction of these cars also happens to be a rather elaborate process that involves far more than merely putting some new body panels on top of a Ferrari F430 base car. For each donor car’s chassis is not simply shortened by 20 centimetres, but an upper carbon fibre roll cage is added, just as each F430 chassis’ torsional rigidity is measured before and after these changes have been applied, in order to ensure an impressive stiff bodyshell. Generally speaking, the level or precision and attention to detail of MAT’s modus operandi is at odds both with the unassuming setting and the romantic/stereotypical reputation Italian coachbuilding possesses in certain quarters. In terms of work ethic, MAT could be described as being more ‘Teutonic’ than most German businesses. That Ingegnere Garella prefers wears short-sleeved shirts, rather than Neapolitan bespoke suits accordingly fits the picture.

There may be no glass atrium or marble showroom to welcome the millionaire customers either, not to mention a champagne/spumante bucket at the ready to seal the signing of a contract. But this lack of glamour - which also includes the absence of even a glass cabinet filled with MAT merchandising articles - must not be mistaken for a lack of ambition. It is just that, unlike so many of the new kind of coachbuilders that have been established over these past few years, MAT do not sell a brand or a lifestyle. MAT’s business is about engineering and building a product in very low numbers, to an impressively high standard. Basta.

Many enthusiasts bemoan the lack of romance in the sports car business these days, as sober business decisions on the one hand and excessive marketing efforts of the other crushed the idiosyncrasies and human touches that once formed the core of this most peculiar corner of the automotive industry. MAT obviously lacks most of the more whimsical aspects of the mental images associated with Italian coachbuilt supercar production - staff wear no oil-besmirched boiler suits and are unlikely to have pizza and Lambrusco for lunch -, but the deep-rooted, inconspicuous striving for excellence and down-to-earth approach of Paolo Garella, his family and his staff is rather touching in a line of business that is tends to be far more concerned with image and marketing than craftsmanship and dedication.

Anybody keen on experiencing the difference between exclusivity and glamour - or public relations and craftsmanship, for that matter - might want to look out for that most unassuming beige flat rectangle, in a little town southwest of Turin.