OPINION: TESLA OR - THE AGE OF INNOCENCE
by Christopher Butt
(comments: 0)

Tesla Or: The Age Of Innocence

The American maverick car maker’s popularity is not solely due to its spirit of innovation, but today’s spiritual void.

If there is one central figure in the early 21st century, regardless of geography, culture and religion, it is that of the redeemer. Far more so than even a decade ago, people all over the globe are intent on gathering behind a figure they deem strong or ideologically pure for one reason or another. Freedom is no longer the be all and end all of human development and progress, but strong belief.

Putin, Trump, Bolsonaro, Thunberg: The motivations may be drastically different, as may be the morals, but in each case, people put more than trust into the person according to whose views they choose to see the world - what we are dealing with here is faith.

Behave like ruthless, racist, egomaniacal scum and Trump will forgive you. Eat vegan, don’t have kids and don’t fly on an airplane and Greta will take care of you. Obviously, this is a ridiculously simplistic take on each camp’s philosophy, but the dramatic way in which our world has become ideologically charged cannot be denied.

That includes the automotive realm. On the one hand, we have the traditional manufacturers, whose SUV cash-cows cater to a great many customers’ latent passive-aggressive instincts. So far, this has been done employing a pretence of increased usability, but that veil is being pulled off as we speak, courtesy of blatantly aggressive creations like the BMW X6, Audi RSQ3 or Mercedes GLC Coupé. 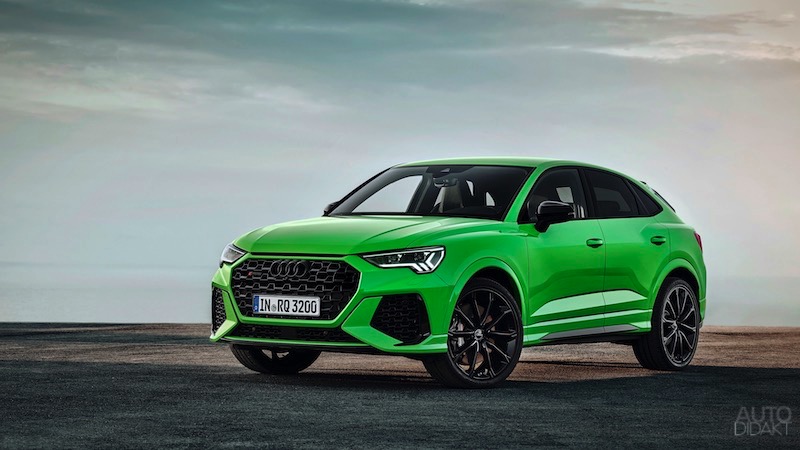 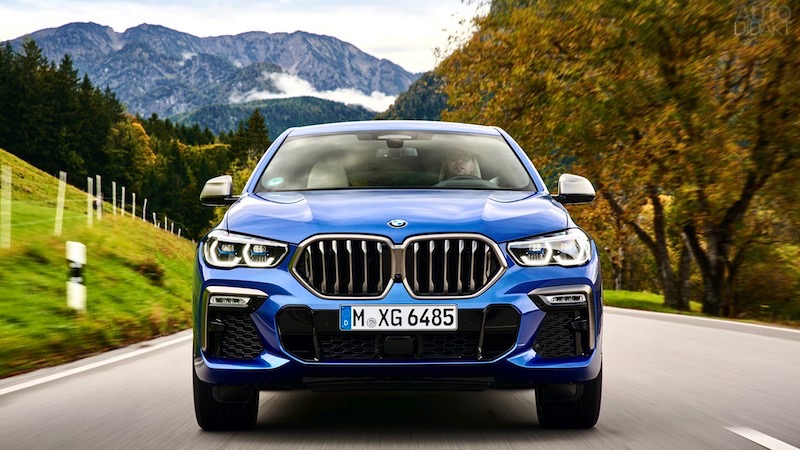 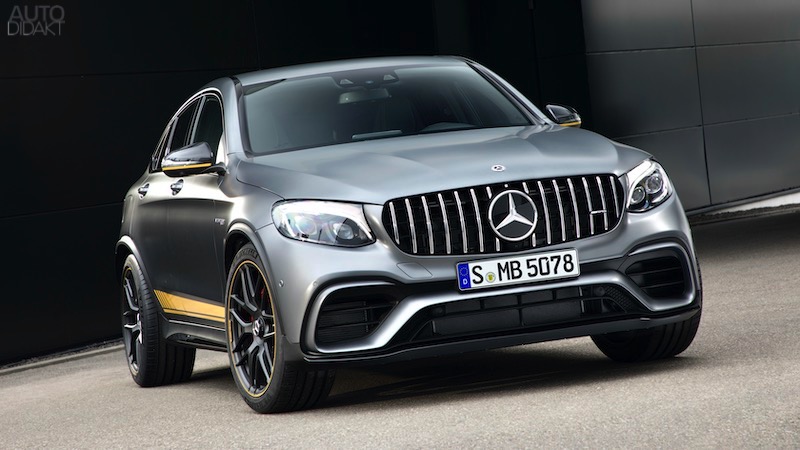 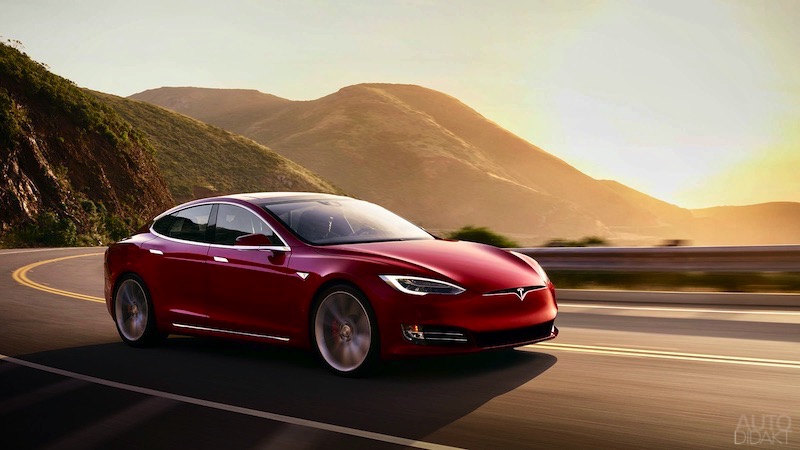 On the other hand, there is Tesla. The David to the establishment’s Goliath. The intelligent, subversive, creative, sunny Californian answer to smoky, morally corrupt, tired Detroit, Wolfsburg and Togliatti. The anodyne fastback saloon of the future to the begrilled tank of yesterday.

And then there is Elon Musk, the redeemer. His promise - to those who can afford it - is a compelling one: ‘The future will be great, you will not need to abstain from a thing. The air will be cleaner, the cars will be faster. Just let me take care of it.’ All it takes for the future to turn out fine - and fun! - is lots of electric cars, even more money and one Elon. The customer only needs to change his refuelling into charging habits.

Or so the narrative goes - so far. For with the unveiling of the Cybertruck, Tesla have shown their true colours.

Up to this point, Tesla’s design had been a measured affair. Except for the (to Americans) somewhat challenging hatchback format - which ought to be seen as a nod to previous eco-friendly trailblazer, the Kamm-tailed Toyota Prius -, the basic architecture of every Tesla model had been deeply conservative. Of course, there are the giant screens used to operate everything bar the most basic functions of each car, as well as the Model X’s gullwing rear doors. But on a fundamental level, Tesla design was concerned with blending into the streetscape above all else.

Not anymore. The Cybertruck’s extreme, angular, sci-fi-war-toy-like appearance betrays what the Tesla spirit is truly about. It is not so much sustainability. It is most certainly not modesty. What it truly is about is hedonism.

Despite his South African upbringing, Elon Musk embodies the ‘American Dream’ like no other entrepreneur today. His life and vision for the future is not about making do with what is at one’s disposal, but about getting and gaining more. He builds rockets, and cars that are almost as fast as rockets. He smokes pot in public. He dates movie stars. He works hard and lives the dream. He is the quintessential American maverick.

Just as Elon Musk’s ethos is a case of thoroughbred capitalism, Teslas are not about abstinence and austerity either, but wholehearted consumption. These are not products changing any paradigm - these are products that tell the customer that saving the planet comes without trade-offs. That one can own the moral high-ground, yet drive a car that accelerates faster from nought to 60 miles than most high-performance sports cars. Rest assured, technology will sort it all out: Both the self-indulgence and saving Mother Earth. It’s a win-win.

That the Tesla truly places fun and performance at least on par with efficiency was first suggested with the inherently flawed concept of the lamentable Model X, whose showpiece doors made an already heavy car unnecessarily heavier still. One need not be an engineer or a physicist to know that weight and size are the most determined enemies of efficiency - and that efficiency is what the automobile of the future ought to be about. But the focus on those trick doors betrayed the juvenile impulses that have informed much of the Tesla spirit.

Ludicrous Mode, fart sound apps, Autopilot, Cybertruck - the language and gimmicks that make up the promise of a future of fume-free fun have expertly placed Tesla as the antidote to the establishment’s po-faced outdatedness. Geek sensibilities and Silicon Valley aloofness have been combined into a product that, despite its shortcomings (build quality) and open questions regarding the most basic raison d’être (efficiency), has established itself as the embodiment of the sustainable future.

The Cybertruck now encapsulates the worst of all these traits into one angular, aggressive, imbecilic, stainless-steel package. Even disregarding the laughable ergonomics and dubious performance claims, the Cybertruck is one geek fantasy too far.

If its steel construction is really as robust as Mr Musk claims, this above all betrays the lack of regard for non-egotistical concerns. Crumple zones et al were created not solely with the safety of one single vehicle’s occupants in mind after all, but from a holistic perspective. Yet the Cybertruck is all about keeping its occupants safe, to the detriment of everything and everybody it might crash with. Any pedestrian who might unintentionally get in physical contact with one of the Cybertruck’s sharp outer edges will also have little appreciation for the (alleged) groundbreaking process that allowed for the sheet metal to be formed in such a way. But that does not matter in the context of green-tinged hedonism, anyway.

The anti-social qualities of the Cybertruck’s appearance not only make the Model X’s doors appear a negligible sin, but put Tesla’s air of progressiveness à la Silicon Valley into sharp relief. For despite its nods to DeLorean (which suggest a certain ignorance towards historical parallels on Tesla’s part), the Cybertruck’s design is no postmodern, semi-ironic homage. It is just as aggressive and even more wilfully impractical a toy for the socially oblivious as the worst of the current crop of SUVs - regardless of means of propulsion.

The Cybertruck finally removes the semblance of altruism from Tesla’s philosophy. We, and the entire car industry, ought to thank the company for having delivered an overdue challenge to the status quo in the past, for having taken the motor car as we knew it out of its comfort zone. But now we know for certain that Tesla is more about egotism and conspicuous consumption, of which there is enough in the world already.

Musk The Redeemer’s promise is an adaptation of the arch-American narrative that has driven Western post-war progress, innovation and prosperity. It is as old-fashioned as it is convenient - and naïve. For the world has dramatically changed since the 1950s. And what it does not need is more cars, or even just differently powered cars. It needs better cars.

also writes for THE ROAD RAT, DRIVEN TO WRITE & others

The first thing I thought of when I saw this was a Humvee. Surely it must transgress any number of pedestrian safety regulations? One can only hope this is not the (ugly, grim and dystopian) future.